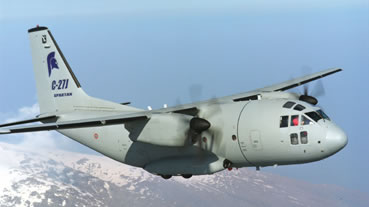 U.S. Air Force officials have decided not to renew a contract with Italian aircraft manufacturer Alenia North America to support and induct the small, Italian-made C-27A transport aircraft into the Afghan Air Force. This is the second U.S. blow aimed at the Italian aircraft manufacturer, after the termination of acquisition of C-27J Spartan by the US Air Force. According to the Air Force, Alenia failed to generate a sufficient number of operational aircraft for effective Afghan Air Force airlift capability. Aviation Week reports.

In 2008, the U.S. paid $314 million for the purchase of 20 former Italian Air Force G.222s — designated the C-27A by the Air Force — to give to the fledging Afghan National Army Air Corps, later the Afghan Air Force, an independent tactical transport capability to replace Soviet-era Antonov An-32s.

However, their introduction to service has been far from smooth. Only 16 of the aircraft have been delivered to Afghanistan, with four remaining in Italy. Despite a deployed team of contractors, the aircraft struggled with serviceability issues and have been grounded twice — once in December 2011 on airworthiness grounds, and again in March 2012 because of safety issues that delayed the training of Afghan personnel.