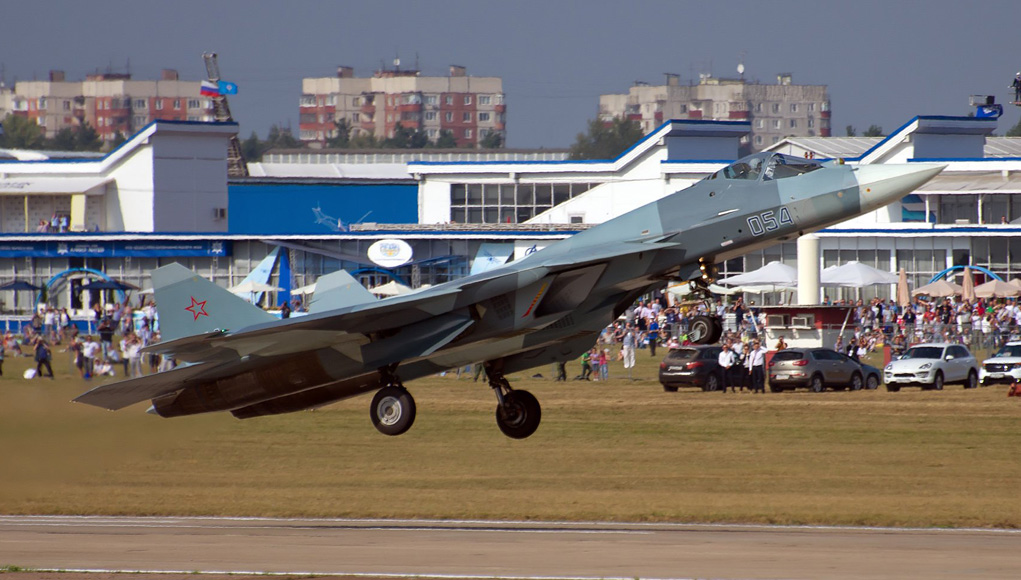 Another production program soon to be renewed is for the Tu-160 ‘Blackjack’ bomber. First deployed in 1987, only 35 of the bombers were built before the collapse of the Soviet Union saw production grind to a halt in the early 1990s. Today, only 16 of the bombers are in service with the Russian military. Russian defense officials have promised that production will be restarted early in the next decade, manufacturing up to 50 new bombers to replace the obsolete Tu-95 ‘Bear’ bombers serving in the current fleet, which forms an essential part of the Russian nuclear triad. 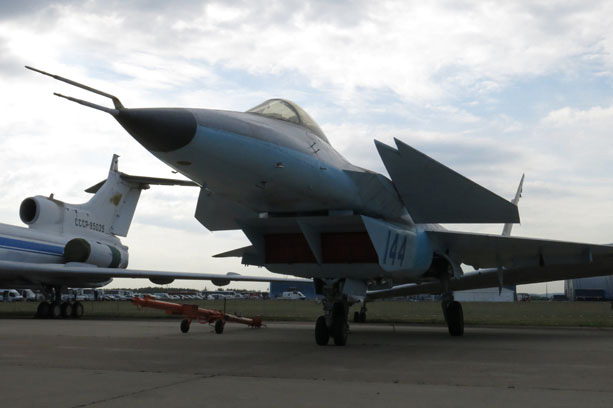 On the static area MAKS 2015 provided justice for the forgotten Project 1.44 (NATO designation — ‘Flatpack’) – the first Russian fifth-generation stealth fighter developed as a direct competitor to the American Advanced tactical Fighter that lead to the F-22 Raptor.

Powered by two Saturn AL-41F engines each developing 40,000 lb. of thrust, the aircraft was one of the most powerful fighter planes ever built.

Designed by the Mikoyan design Bureau in the 1980s, its development was delayed, bringing Project 1.44 to its first flight only in the year 2000. Lacking funds to continue this ambitious program, the project was canceled soon afterward. This cancellation paved the way for the development of PAKFA by the competing, and more successful Sukhoi Design Bureau. PAKFA, currently known as T-50, is likely to enter service in 2017.

The Project 1.44 aircraft may soon be resurrected, at least in part, as the manufacturer of both MiG and Sukhoi aircraft – the joint United Aircraft Corp. (UAC) – considers the design of a new, lightweight stealth fighter to offer a smaller, cheaper and more competitive alternative to domestic fifth-generation fighters being developed in China, India and South Korea. The lighter fighter would also implement lessons learned in the recent MiG-35 development, the latest, much improved variant of the MiG-29 (NATO code designation – ‘Fulcrum’) originally introduced in 1983. 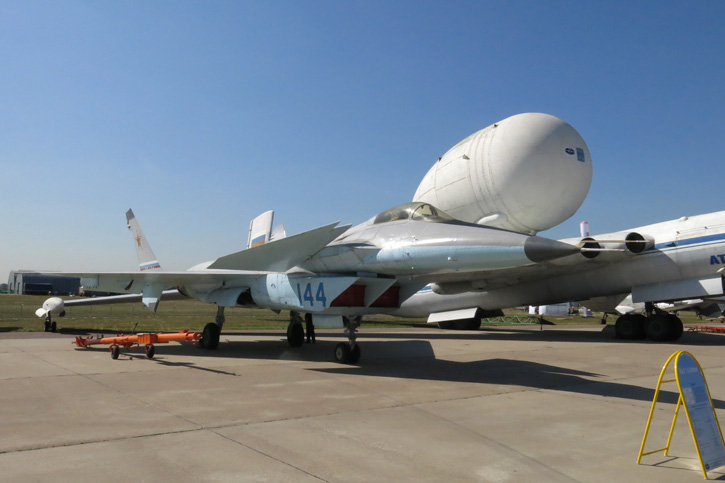 An old, classic fighter of the Red Air Force is the MiG-31 (NATO designation — ‘Foxhound’) – one of Russia’s most distinctive interceptors in service today. Optimized for flying high and fast, and carrying heavy air/air missiles designed to kill enemy bombers and command and control aircraft (such as the AWACS), ‘Foxhound’ has a top speed up to nearly 3,000 km/h. The entire MiG-31 fleet of about 130 aircraft is undergoing a modernization process that should keep them flying until at least 2030. The MiG-31 that entered service in 1981 was an extensive upgrade to the older MiG-25, which first flew in 1964.