Based on the original plan, the Canadians expected to field the entire TAPV fleet by now but in 2014 the prototype vehicles some technical issues that required design changes that delayed the delivery by almost two years. In April 2016 TAPV completed a rigorous Reliability, Availability, Maintainability and Durability (RAMD) test that proved it is ready for delivery. The tests, that lasted three months included driving through 130,000 km of challenging terrain representing operational profiles prescribed by the Canadian Army. The TAPV’s RAMD testing also included firing the remote weapons station and conducting more than 4,700 hours of remote weapons station usage, including 1,650 hours of silent watch operations.

Logistical Support is maintained under a separate contract awarded to Textron Systems. The CAD105.4 million contract bought the Canadians a five-year in-service support package that covers everything from training of operators and technicians, to storage, maintenance and support. The six vehicles delivered to Gagetown are part of the initial batch to be used for the training of operators and maintenance personnel at the Canadian Forces 5th Canadian Division Support Base (5 CDSB) in Gagetown.

Support for the TAPV will be provided by a joint military-industry plan. The military will continue to perform first- and second-line maintenance as usual, but otherwise the TAPV fleet will be largely supported by the contractor, Textron Systems, along with their subcontractor Rheinmetall Canada. Textron Systems will run an equipment management team, and be the main point of contact for technical problems. The contractor owns the spare parts, though a stock of 60 days will be held by the CAF. As a performance-based plan, the CAF expects the scheme to motivate the contractor to maintain good reliability and fleet availability.

Initial training to units receiving TAPVs is being developed by the contractor, with follow-on training to be provided by Army training system.

HUMS uses sensors mounted throughout the vehicle, to record key data, detect anomalies that could indicate potential component or subsystem system malfunction and provide information to assist with maintenance and fleet management. 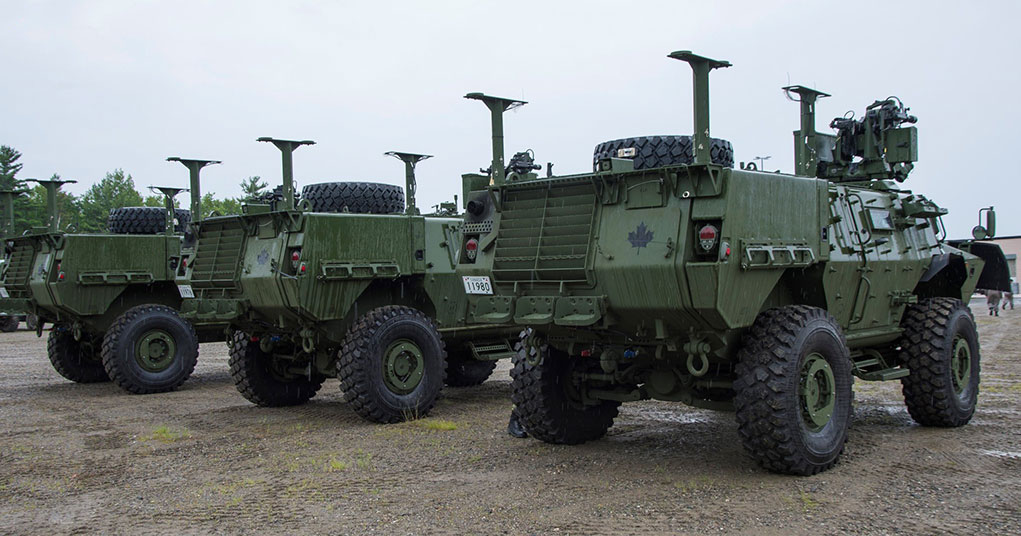