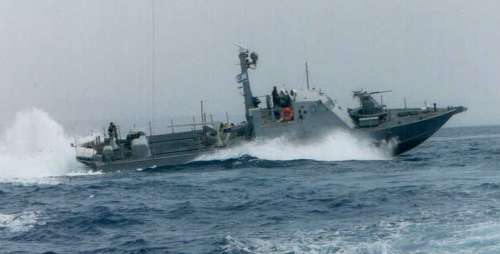 Super Dvora Mk. III is the latest generation of the venerable Dvora/Dabur family of fast patrol boats (FPB). Selected again in January 2002 by the Israel Navy as its next generation FPB, the Mark III has superior operational capabilities evidenced in higher interception speeds against sea targets, increased operational ranges, incorporation of more advanced stabilized weapon systems, and improved human engineering and accommodations for the crew.

Super Dvora Mk III is 25-meter long, has an operational radius of 700 nautical miles while reaching speeds in excess of 45 knots at a full displacement of 65 tons. In its attack mode, Ramta is currently working a number of new configurations for the flexible Super Dvora platform, among them the “Strike”, or what Ramta refers to as the “Littoral Warrior”, equipped with a variety of very advanced precision weapon systems. In addition to the Israel Navy, the Super Dvora has been sold to nearly a dozen other international customers.