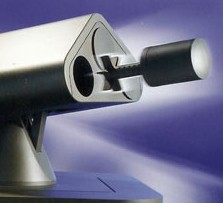 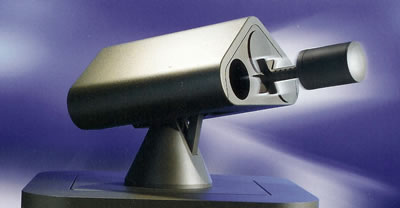 Active countermeasures are developed in Germany by Diehl, under the AWiSS program. The system is designed as a lightweight suite, adaptable for the protection of heavy and light vehicles.

The system comprises of search and track Ka band radar, capable of operation in low visibility conditions. After the threat is detected by the radar, the directional countermeasure unit is rapidly traversed, at rapid slewing rate (over 600 degrees/sec.) aiming at the general directional of the threat. At this stage the target is handed over to the launcher mounted sensor, which performs the ballistic calculations for the final intercept. Each launcher has three-or four canister launchers that fire grenades ahead of the vehicle, in the direction of the incoming threat.

AWiSS uses a 3kg grenade, which can engage anti-tank missiles and anti tank rockets (such as RPGs). The system has a response rate of 355 ms – detecting incoming threats at a range of 75 meters and engaging them with a grenade at a range of 10 meters from the target.

AWiSS is desegned to defeat RPGs and other Anti Tank munitions fired from close range, as well as standoff AT missiles. It also offers significant reduction of a Kinetic Energy (KE) projectile’s penetration capability.

AWiSS system comprised of a radar and two launchers provides 360 degrees coverage and weighs 400kg. The system adds 400mm elevation above the armor, and requires additional 400 mm clearance under the armor.

In addition to the protection of main battle tanks, potential AWiSS applications include defense of military and special vehicles, equipped with basic protection against mines, explosives and small calibre projectiles. In this category AWiSS provides additional protection against widespread rocket-propelled grenades and modern missiles. Due to its rapid reaction time, AWiSS is also suited for operation in urban terrain, protecting against direct fire and ballistic projectiles. 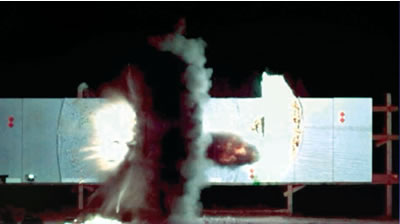 In a recent testn conducted July 21, 2007 AWiSS operation was, demonstrated to high level German military and MOD representatives and international delegations, Diehl BGT Defence´s AWiSS active protection system successfully defeated a rapidly approaching MILAN anti-tank missile. The autonomously operating demonstrator system, deployed on a Leopard 2 main battle tank, was able to automatically detect the threat in time, to precisely track the missile and to neutralize it through controlled ignition of a fragmentation grenade. The remaining fragments as well as the MILAN´s hollow loading device no longer posed any danger to the battle tank. (Photo of the test shown below). According to Diehl BGT Defense, the system could become operational within 2 – 3 years.