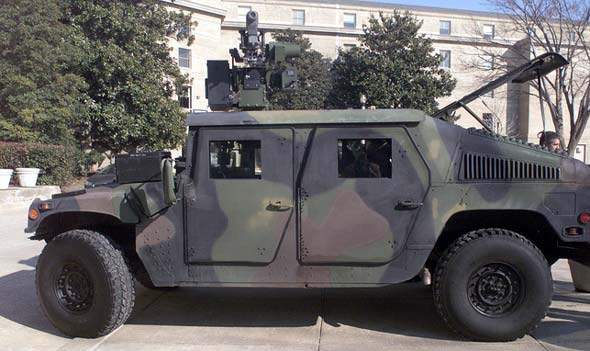 The development of the Armor Survivability Kit for the Humvee began in October 2003. following the reports on the growing damages caused by ambushes and IEDs. The kit includes replacement of the doors with armored doors fitted with small ballistic-resistant windows. Further protection is provided by armored seatbacks, reinforced floor and windshield made of bullet proof glass.

The kit weighs half of that designed for the up-armored Humvee (ths ASK adds about 1,000 pounds to a standard non-armored vehicle). The kit provides some RPG and IED protection, as commonly encountered in Iraq. There are two ASK versions, one supporting a two-door Humvee and the other, a four-door Humvee. The resulting armoring package provides an effective protection against typical attack (small arms fire, IED), but at the cost of considerable damage to the vehicle. Most frequently, an IED explosion will cripple the vehicle, and when abandoned in hostile area, leaving it preys for the rioting mob. This is one reason that caused motivated the use of heavier, more survivable vehicles for such tasks.