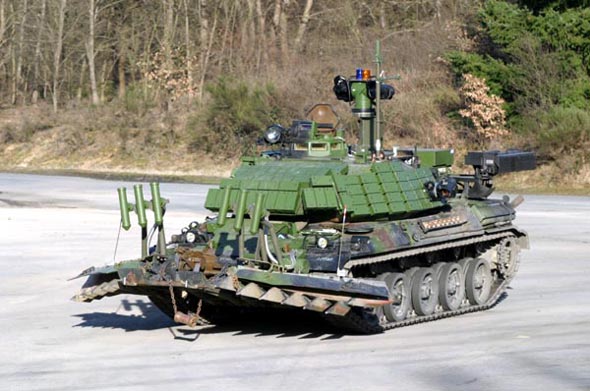 Dedale magnetic decoy device can activate magnetically fused mines at a safe distance from the carrying vehicle. A battery of six Dedale decoys mounted in front of the tank’s maintain a safe arc up to three meters in front of the vehicle. Magnetic signatures are pre-programmed into the Dedale during mission planning, to ensure that the decoy is effective even against the most sophisticated mined. Dedale is also used with other mine clearing systems, including the EBG mine clearing tank.

Adeve is a lightweight magnetic decoy transmitting a vehicle’s magnetic signature at a distance of four meters ahead and to either side of the vehicle. The system is based on the Demeter system and can be activated or deactivated from the vehicle, and can be used on light vehicles.