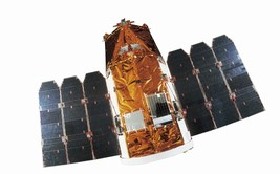 On April 25 ImageSat launched the second very high resolution satellite in the EROS family – EROS B. The launch took place at the Cosmodrome in Svobodni, Siberia by a Start 1 launcher. It is expected to begin operation in few days. Similar to EROS A, the EROS B will provide better performance. The new satellite is expected to provide services for 8-10 years.

Slightly larger and similar in appearance to EROS A, the new satellite weighs 290 kg and have superior capabilities compared to EROS A, including a larger camera of CCD/TDI type (Charge Coupled Device/Time Delay Integration), with standard panchromatic resolution of 0.70 m at an altitude of about 500 km, a larger on-board recorder, improved pointing accuracy and a faster data communication link.