Developer of AdaCore Ada tools and support also announced the availability of its GNAT Pro product for the Wind River’s VxWorks 6.6 SMP product. AdaCore provides an advanced Ada development environment to maximize the systems’ multi-processing capability with multi-core processors. Multi-core technology is the next transformative technology for the Device Software Optimization (DSO) industry.

“Ada was designed from the start for multi-threaded applications.” says said Robert Dewar, President and CEO of AdaCore, “On a single cpu system this was typically handled by a multiplexing scheduler to simulate parallel processing. With multi-cpu’s or multi-core processors these tasks may now truly run in parallel physically. While developers using other programming languages are struggling to find how to take advantage of this new hardware, Ada developers can immediately leverage tried and tested features that have been in the language for years.”

According to Rob Hoffman, Vice President and General Manager of Aerospace and Defense at Wind River, the system provides a unique capability for VxWorks users, especially those developing applications that need to meet high-reliability requirements. “Users can take existing Ada software and port it to our SMP platform to immediately take advantage of its multi-processing capabilities. Moreover, new programs can also instantly take advantage of this capability when developing Ada or mixed-language applications.” says Hoffman.

With the SMP add-on product installed, VxWorks platforms are enhanced with symmetric multi-processing (SMP) capabilities within the operating system, network stack, and development tools to provide the easiest path to realize the benefits of multi-core technology. 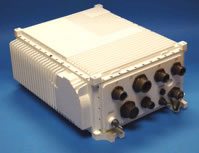