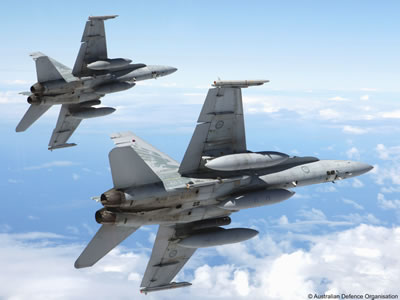 Brazil is currently shopping for 28 single-seaters and eight twin-seaters. The primary mission is air defense, with a secondary ground-attack role. Initial deliveries are expected in 2014 with the total program spanning over 11 years. Eventually, 115 to 120 aircraft could be bought and assembled in country. Brazil hasn’t asked for the bidder’s consideration for the follow-on production, but some of the companies have already endorsed this option.

Brazil is expected to announce its final decision by late August. Each of the proposed fighters has its own benefits and drawbacks but none are expected to present a decisive factor in the Brazilian decision. Technology transfer, benefit to Brazil’s local industry and economy and local assembly and production could become the critical decision points and considered to be the crucial factors paving the bidder’s way to success.

In this field, France and Sweden are considered stronger than Russia and the USA. Russia is willing to give a lot, including local production of complete aircraft under license; however, the SU-35 is considered a high risk venture, particularly in retrospect of the Indian experience with their SU-30MKI model. The Russians are promising the development of their fighter is progressing well and expect initial deliveries 2011 to customers in South America, Southeast Asia, Africa and the Middle East. On the positive side, Su-35 is considered the most maneuverable, powerful, most robust and flexible multi-role platform, comparable only to the American Boeing F/A-18E/F. the Russians are offering local production of their aircraft, and, as always, are always open to introduce customer furnished avionics and systems with their fighter.

Boeing is also proposing generous terms, and, according to Lt. Gen. Glenn Spears, deputy commander of U.S. Southern Command, the U.S. government has assured and approved everything in this package for technology transfer to Brazil. However, packaging these technologies for local production could become an issue with Washington. On the other hand, the U.S. could provide Brazil and particularly Embraer, with the largest business potential, particularly with a large company such as Boeing.

France is doing its best to support the Rafale, and, considering its past performance with aircraft, helicopters, submarines and surface vessels, Paris has a fair chance of winning this competition. “The [French] government is ready to agree to transfer technology on the Rafale program, as well as the Eurocopter EC 725 helicopter, if the combat jet is selected by the Brazilian Air Force” Said Jean-Marie Bockel, Secretary of State for Defence and Veterans Affairs in the French Government.

Sweden is also well positioned. While their Gripen NG is not yet in production, and has never been produced out of Sweden, “The Gripen NG offer is fully compliant and will be a complete solution for Brazil,” assured Gripen Campaign Director for Brazil, Bengt Janér. Saab also indicated that the company fully supports tech-transfer, which have become mandatory in recent programs (India). The Swedes argue that as the Gripen NG is currently positioned could become attractive for Brazil’s participation in the development and shaping of the new fighter as well as its future production. “The transfer of the Technology will also allow full involvement in future capability development supplying Brazil strategic long term national security and technology superiority. “Gripen NG will provide a long term partnership between Brazil and Sweden in a well established fighter program that continues to develop. Gripen will maintain its position at the cutting edge of technology for the next 30-40 years”, says Saab CEO Mr. Åke Svensson. 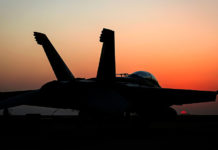 Aussie Super Hornets to Return Home from Iraq in January 2018