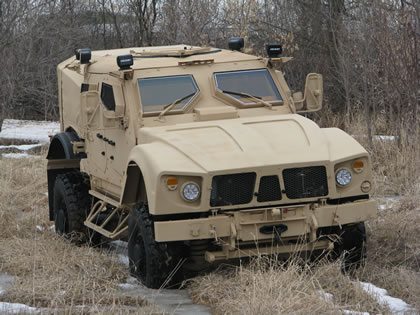 Oshkosh began advance production of the M-ATV weeks before the first delivery order was awarded, and the company was ready to deliver 46 M-ATVs in July 2009, one vehicle above its obligated quota of 45 vehicles. “We are confident in our ability to ramp up production to 1,000 per month in December and this additional order will allow us to sustain that rate of production through February 2010.” Robert G. Bohn, Oshkosh Corporation chairman and chief executive officer said.