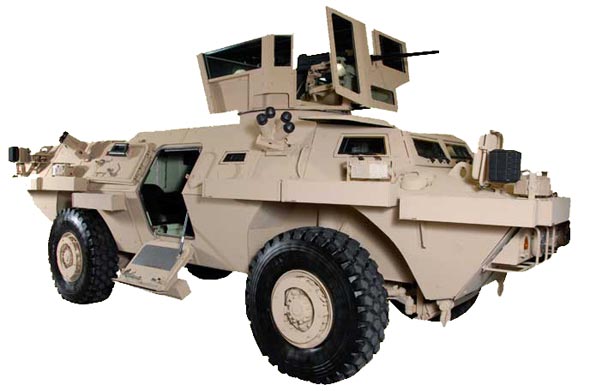 Textron Defense Systems’ Tactical Rocket Propelled Grenade (RPG) Airbag Protection System, (TRAPS), has recently completed the first phase of testing at the Energetic Materials Research and Testing Center (EMRTC) in Socorro, New Mexico. During these tests the system defeated live RPGs fired at different angles and from both short and long ranges. Phase II testing followed in late fall of 2009. The third, system level test series was completed in March 2010, where TRAPS demonstrated its effectiveness against different types of RPGs and over a much larger range than in prior phases. These tests validated the hardware modifications introduced to the system, based on the Army Fuze Safety Review Board’s recommendations. All three phases of testing utilized a TRAPS architecture design for the Mine Resistant Ambush Protected, or MRAP, vehicle.

TARPS is designed for use for the protection of light and medium protected vehicles. The system employs a sensor detection technology combined with airbags and non-lethal countermeasures to defeat threats.“Goals for this round of testing included recording extensive system data, as well as evaluating its baseline operational performance,” says Chief Technology Officer Tom McNamara of Textron Systems Corporation.

TARPS was created as the ‘inflating airbag system’ (IAB) developed by a company named IST, which developed a prototype that combined an inexpensive radar sensor and airbag systems which are inflated before the RPG hits the protected vehicle. The airbag disrupts the shaped charge fuse, as the projectile collapses upon itself, jamming the time-out fuse, thus defusing the shaped charge before it hits the vehicle’s skin. During the initial tests, the system was installed on up-armored Humvees doors, and demonstrated effective protection of the crew compartment. IABS was also effective in protecting the transparent armor (windows) which were broken, but were not penetrated by the RPG.