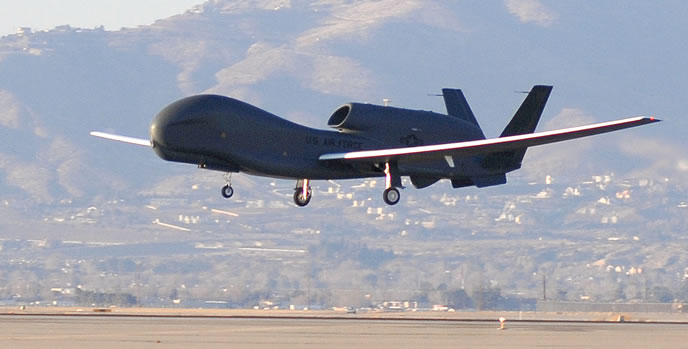 The U.S. Air Force has Awards Northrop Grumman $302.9 Million contract for the production of five Global Hawk unmanned aircraft systems. The contract covers the initial production of Block-30 and -40 aircraft, and associated sensors, to be delivered next year.

The order, part of Lot 7 production contracts, covers the production of two Block 30 systems and three Block 40 systems for the 303d Aeronautical Systems Group at Wright Patterson AFB in Dayton, Ohio. The order also includes a ground station consisting of a launch and recovery element and a mission control element, plus two additional sensor suites that will be retrofitted into previous production aircraft.

The Block 30 aircraft will be equipped with the Enhanced Integrated Sensor Suite (EISS) that provides electro-optical/infrared and synthetic aperture radar imaging capabilities. These aircraft will also be retrofitted to incorporate the production Airborne Signals Intelligence Payload.

The aircraft will be delivered in 2010. The Lot 7 contract also includes the first production Multi-Platform Radar Technology Insertion Program (MP-RTIP) payloads, being built under a separate program.

Global Hawks are currently flown in four locations across the globe: Beale Air Force Base, home of the 9th Reconnaissance Wing and the RQ-4’s main operating base, in Northern California; Edwards Air Force Base in Southern California; Patuxent River Naval Air Station in Maryland; and a forward operating location in support of Overseas Contingency Operations in the Persian Gulf.

On March 29, 1999 the second prototype of the Global Hawk Unmanned Aerial Vehicle crashed near the China Lake range in California. The mishap occurred when the Global Hawk inadvertently received a test signal for flight termination from a test range on Nellis Air Force Base, Nev., which was outside the frequency coordination zone in which the UAV’s mission was being flown. This caused Global Hawk to go into a termination maneuver involving a pre-programmed, rolling, vertical descent from an altitude of 41,000 feet.