Today’s long awaited first flight lasted 3 hours 47 minutes embarks on an extensive test program that will include about 3,700 hours of flying by an eventual five aircraft conducted between now and entry-into-service at the end of 2012.

The A400M will receive both civil certification by the European Aviation Safety Agency (EASA) and military certification and qualification.

Airbus is planning on an initial production of 184 aircraft that have so far been ordered by Belgium, France, Germany, Luxembourg, Malaysia, Spain, Turkey and the United Kingdom with initial deliveries planned for late 2012.

The A400M has a gross take-off weight of 127 tons. For the test flight configuration it carries 15 tons of flight-test equipment including two tons of water ballast. Its performance is being monitored in real-time by teams of engineers in Seville and Toulouse using state-of-the-art air-ground telemetry. On the first flights the crew will explore the aircraft’s handling characteristics in the various flap configurations, check the powerplant operation and make initial evaluations of the aircraft’s systems. (more on the A400M program)

The aircraft is powered by four Europrop International (EPI) TP400D turboprop powerplants producing 11,000shp (8,200kW) each. These are the most powerful propeller engines ever fitted to a Western aircraft. The A400M features the same proven fly-by-wire controls technology as Airbus’ highly successful airliner family and an advanced cockpit that has evolved from that of the A380. Carbon-fibre reinforced plastic (CFRP) wings and other large structures bring weight and strength advantages and cut the risk of corrosion. 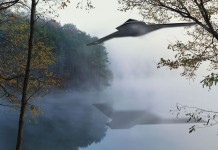