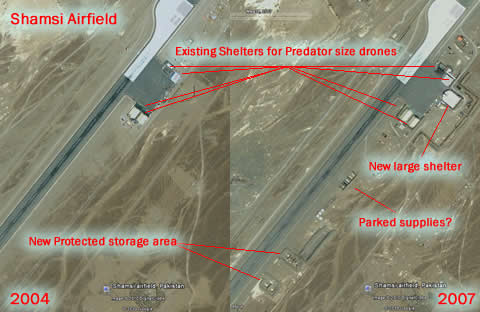 While coalition forces are fighting alongside with Afghan National Army and police are inching forward to gain control of areas in Helmand, another coalition – formed by CIA and the Pakistani Military Intelligence Service – the Inter-Services Intelligence agency (ISI) is making significant progress in eliminating Taliban strongholds south of the border, in Waziristan, sofar considered a safe haven for the Afghan guerillas. The most significant success was the arrest of Mullah Abdul Ghani Baradar, the Afghan Taliban’s operational commander and the top deputy to Mullah Omar. Baradar was captured last week (early February) in Karachi.

It is unclear if the arrests of Baradar represent a true shift in policy regarding the Afghan Taliban, or if the Pakistani government and military have facilitated the arrests in order to secure control of potential negotiations between the Afghan Taliban and the Afghan government, while currying favor with the US. Baradar is said to have been amenable to talks with the Afghan government; his removal from the Taliban leadership would put Pakistan in the driver’s seat as the primary broker in any negotiations.

In the past US officials have accused the ISI of knowing the exact locations of members of the Quetta Shura and other senior Taliban commanders. If the Pakistanis have changed their outlook on the Afghan Taliban, then more arrests should be forthcoming.
Few days after Baradar’s arrest, the mutually suspicious CIA-ISI coalition presented another success. This time, it was the shadow governor of Kunduz, Mullah Abdul Salam. He was captured with Mullah Mir Mohammad, the Taliban’s shadow governor of the northern Afghan province of Baghlan, along with two other Taliban operatives in the town of Faisalabad in the Eastern province of Faisalabad, as they set to meet Baradar, unaware of his arrest, which was kept secret sofar. Salam’s capture came as a surprise, being number one on the Coalition’s 10-most-wanted list for Kunduz province for several months, NATO believed he was killed in a firefight in September last year, along with 90 Taliban and Central Asian fighters. Back then the Taliban denied his death – a report which now seems somewhat premature…

Apparently Salam managed to escape south to Pakistan. In the Taliban Hierarchy, Salam operated directly under the Quetta Shura, the Taliban’s executive council, based in Pakistan’s Waziristan province. Mohammad and Salam have succeeded in reestablishing the Taliban in Kunduz and Baghlan over the past two years. The Quetta Shura was led by Baradar before his capture. In the past, the US and other Western countries have accused the Pakistani military of directly aiding the Afghan Taliban, or of looking the other way as the Quetta Shura operates freely. The capturing of two senior leaders apparently confirms this claim, but does it signify a change of wind toward the Taliban, among Pakistan’s secret services?

This 7 part Frontline video documentary was produced in 2006. It provides a thorough study of the war fought south of the Afghan border in Pakistan, Four years after, it is valid and relevant. (PBS)

Few days later, on February 17, Sheikh Mansoor, a key al Qaeda military leader in Pakistan was killed in a drone attack. Mansoor was a leader in the Pakistan’s Taliban-controlled tribal group al Qaeda’s Lashkar al Zil – the ‘Shadow Army’. Another UAV attack was conducted a day later, as supporters gathered for his funeral, killing two additional operatives of the notorious Haqqani group. According to the blog ‘The Long War‘, the US has struck at these external cells using unmanned Predator aircraft and other means in an effort to disrupt al Qaeda’s external network and decapitate the leadership.

Such attacks are gathering momentum and success in recent months. Since Dec. 8, 2009, air attacks in Pakistan has killed three senior al Qaeda leaders, a senior Taliban commander, a senior Haqqani Network commander, two senior al Qaeda operatives, and more recently, two mid-level Haqqani operatives. Another terrorist killed in those strikes was Jamal Saeed Abdul Rahim, a ‘veteran’ Palestinian terrorist, former member of Abu-Nidal group, as a member of the former Abu-Nidal group Rahim participated in the 1986 hijacking of Pan Am flight 73 that resulted in the killing of 22 hostages.

The success of the air campaign comes in parallel to closer cooperation between the CIA and Pakistan’s ISI. Following the arrest of two Taliban leaders in Pakistan, another senior Afghan Taliban leader was arrested in a raid in the northwest Pakistan. This time it was Maulvi Abdul Kabir, Taliban’s former shadow governor of the eastern Afghan province of Nangarhar, who led the group’s council in the city of Peshawar.

The announcements of the CIA-ISI successes brought Pakistan’s Defense Minister to openly admit, for the first time, the existence of the Afghan Taliban’s Quetta Shura. He claimed that Pakistan’s security forces had taken on the Quetta Shura and damaged it to such an extent that it no longer posed any threat. Until this admission, the Pakistani authorities flatly denied the existence of any Taliban leadership or the Quetta Shura in Balochistan’s capital.

Apparently, ISI decided to offer the CIA a head of a Taliban, as farthest as possible from their border – the one that is least under their control, and having the most access to foreign influence. Nevertheless, they maintained the protection of those closer to home. Taliban influence in Kunduz was limited in the first years after the U.S. invasion in 2002 but in recent years the extremists are growing in power. The Islamic Movement of Uzbekistan (IMU), a grouping of al Qaeda-backed Central Asia extremists, is known to operate in Kunduz with the local Taliban, where they attempt to ambush NATO supply lines from Tajikistan. The region also shares borders with several Central Asian nations, providing Taliban multiple avenues of support as alternative to Pakistan.

By March 5, 2010 unconfirmed reports from Pakistan indicate that a senior al Qaeda military commander and a top Taliban leader have been killed during airstrikes earlier today in the Mohmand tribal agency. Pakistani military officials claimed that Qari Zia Rahman and Faqir Mohammed were among 30 Taliban and foreign fighters killed during helicopter and airstrikes in the Pindyali region in Mohmand. The air strikes came in retaliation to an assault launched by more than 200 Taliban fighters on a military checkpost yesterday, killing a Frontier Corps soldier.

This is not the first time Faqir and Rahman are claimed to be dead. Rahman was reported killed in 2009 during a battle with Pakistani forces and Faqir was claimed killed while transporting weapons in 2008. The current reports of Faqir and Rahman’s deaths come as six top leaders of the Afghan Taliban’s Quetta Shura, or executive leadership council, have been detained in Pakistan. Mohammed is the leader of the Taliban in the Bajaur tribal agency; serving as the second in command of the Tehreek-e-Taliban Pakistan, and a close ally of al Qaeda and of its second in command, Ayman al Zawahiri.

Whether the ISI is getting closer to the U.S. still remains a big enigma, but ISI is not the only problem the U.S. is facing in the region – support to the Taliban and other extremist Islamic groups is rapidly spreading into the Pakistani military. Previously considered the exclusive territory of ISI, Islamic terror cells have also made strides into the ranks of the Pakistani Army. Recruitment for the Pakistan army and the extremist organizations occur from the same provinces, sometimes same villages, making the connections much deeper than otherwise appreciated. The extremists are also building on resentments to the government’s policy toward the U.S. and its war in Afghanistan.

In January 2010 four officers were facing court martial in Pakistan. Colonel Shahid Bashir, another unnamed colonel, and two former officers, Nadeem Ahmad Shah, a former air force pilot who is now an advocate, and Awais Ali Khan, an engineer who served with the military’s Air Weapons Complex, are standing trial on court-martial. These men could be sentenced to death if the charges against them can be proven.
Suspected to be operatives of the extremist Islamic terror group Hizbul Tehrir, the officers were arrested in Balochistan and are being court-martialed in the Pakistani region of Kashmir, on charges they provided the Taliban information assisting terrorist attacks on military establishments inside Pakistan. Among those targets was the Shamsi air base in Balochistan, a known CIA base, from where armed unmanned aerial vehicles operated by the CIA are launched, in pursuit of al-Qaeda and Taliban in Balochistan and Southern Afghanistan. The arrest did not prevent terrorists from pursuing their attacks.

On February 3rd 2010 three US trainers died in a suicide attack in the Lower Dir area, with another terror organization – Tehrik-i-Taliban Pakistan (TTP) claiming responsibility for the attack. According to the TTP, the foreigners killed belonged to Xe Worldwide – a company supporting CIA operations in Balochistan. TTP also claimed responsibility for the attack on CIA Camp Chapman in Afghanistan, where seven CIA agents were killed by a double agent. The Camp Chapman attack was the heaviest blow the CIA suffered in years, and it may have triggered the changed of wind on the Pakistani side as well.

The attack in Lower Dir was aimed at civilians supporting the CIA operations. Xe Worldwide is traced back to the Blackwater Company, a name causing much tension between Pakistan and the U.S., as its bad reputation draws much resentment among the Moslems around the world and particularly Pakistani people.

Paul Bremer, the U.S. ambassador in Iraq initially used Blackwater security guards for his personal protection and subsequently expanded its role to avoid US casualties. Blackwater’s role in Afghanistan began in early 2002 when the CIA hired the private company to guard the perimeter around its station in Kabul’s Ariana Hotel, the newspaper reported. The Times said Blackwater’s role changed sharply when its guards began providing security for CIA operatives in the field, sometimes during offensive missions in conjunction with Delta Force or Navy Seals teams.

Raids on suspected insurgents in Iraq, known as ‘snatch and grab’ operations, began happening almost nightly during the worst years of the war between 2004 and 2006. In December 2009 The New York Times quoted several former Blackwater guards as saying, operations to capture and kill militants in Iraq and Afghanistan became so routine that Blackwater personnel sometimes became partners in the missions rather than simply providing the security for the CIA officers. The Times reported in August that CIA also hired Blackwater contractors for a secret program, to track and assassinate senior Al-Qaeda figures. The program cost millions of dollars but never captured or killed any militants. Blackwater rebranded itself Xe after the shooting in a Baghdad square, that left 17 Iraqis dead.

According to the Times that CIA Director Leon Panetta terminated the agency’s contract with Xe Worldwide, which was providing ground support for the drones operating at Shamsi base. CIA operations at the base were kept secret until recently. Shamsi is one of several air bases hosting open and secret U.S. operations since 2001. Other bases include Jacobabad, Pasni and Dalbaldin in Balochistan, leased in 2001 to support the U.S. invasion into Afghanistan and Terbela, developed to support CIA drone operations in the Northwest Frontier. At present, at least Shamsi and Terbela seem to be operational – satellite images of both locations are showing considerable development of infrastructure.