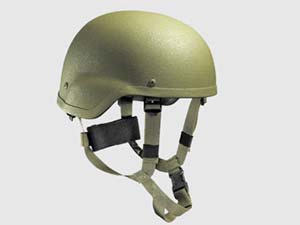 The U.S. Army is recalling 44,000 Advanced Combat Helmets produced by the ArmorSource company (formerly Rabintex USA), after the Program Executive Office (PEO-Soldier) raised concerns about their ballistic protection. The case is currently being investigated by the Department of Justice. According to an All Army Activities message released May 14. “There is evidence that ArmorSource and Rabintex ACHs were produced using unauthorized manufacturing practices, defective materials and improper quality procedures which could potentially reduce ballistic and fragmentation protection.”

The Army ordered soldiers to inspect their helmets and turn in any helmet branded by ArmorSource. Army sources have indicated that this is a precautionary measure and that there are no records of combat injuries resulting from these helmets. The exact risk to soldiers wearing the recalled helmets is still being determined, the Army said. The recall constitutes about 4 percent of roughly one million ACHs currently in the Army’s inventory. The Army adopted the ACH design in 2002, replacing Personal Armor System for Ground Troops helmet (PASGT) helmet. ArmorSource was one of four companies selected to produce the ACH, and, by March 2009 the company has delivered the Army over 70,000 ACH helmets. Gentex Corporation, another manufacturer of the ACH faced a similar recall of 34,218 helmets last year. The other two manufacturers are BAE Systems and MSA.

Commenting on the Army announcement, ArmorSource said it received no notification of this recall from the government, and added they will cooperate fully with any governmental inquiries and are prepared to address the government’s concerns. The company stressed that all Advanced Combat Helmets distributed to the field were accepted by the government after they passed independent, government-approved quality and lot testing.

Army and the Marine Corps are working on the Enhanced Combat Helmet, a new generation of helmet made of a high-tech plastic rather than Kevlar. The Army and Marine Corps are currently evaluating an Enhanced Combat Helmet, (ECH) which will eventually replace the ACH. ArmorSource is one of the manufacturers developing the advanced design to be used exclusively by U.S. Armed Forces.. The new lightweight helmet will match or exceed the ballistic fragmentation resistance of current helmets offering a significant weight reduction of approximately 20%, which means above 0.5 pounds as compared to the older designs. 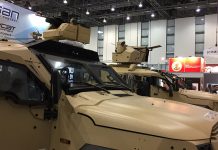