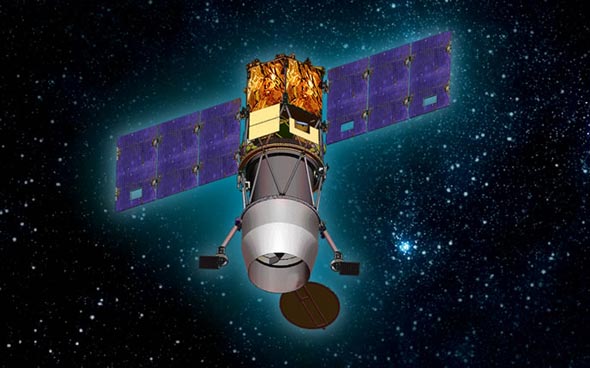 IAI unveiled more details about Israel’s next generation spy satellite, expected to be ready for launch by late 2012. The satellite known as ‘OpSat 3000’ is assumed to become the next in the Israeli Ofeq series of spy satellites, supposedly ‘Ofeq 10’. The 400 kg satellite will orbit at an altitude of 600 km, incl. 98.23 deg. heliocynchronous orbit, with a period of 99 min. It will carry 30 kg of fuel to sustain maneuvering for at least six years in orbit. Despite the increased weight IAI confirms OpSat 3000 satellites can be launched into orbit by current Shavit satellite launchers or by other launchers. The current satellite leading Ofeq series in space is Ofeq 9, launched in June 2010.

The new satellite employs IAI generic satellite bus system, which has already been used with the Tecsar SAR satellite. OpSat 3000 will provide a vast improvement in performance over previous generations of EO imaging satellites in all principal system characteristics. The same bus is already employed on the IAI Tecsar (Ofeq 8?) satellite, and will also be utilized on the next generation Eros C – the future high resolution satellite planned by space imagery provider Imagesat International.

The new satellite will carry a new multi-spectral EO payload known as ‘Jupiter’ developed by Elbit Systems’ electro-optical division El-Op. The payload integrates PAN and multi-spectral (MS) imaging cameras, sharing a common optical assembly and capable of simultaneous operation (enables creating PAN-sharpened images). The payload is strapped to the satellite platform, and line-of-sight is controlled by maneuvering the satellite with Reaction/Momentum Wheels. The satellite can also change altitude, further refining the images captured at its orbit when at the lowest point above earth. Propellant storage on board has also been increased, extending the satellite’s lifespan over 50% over current platforms, exceeding six years.

The Jupiter payload will cover a swath 15 km wide, comprising a 30,000 pixel panchromatic Time Delay and Integration (TDI) sensor offering resolution of 50 cm from an altitude of 600 km (compared to 70 cm in current generation satellites). The payload will also operate a parallel 7.5 Megapixel multispectral sensor capturing color images at a resolution of 200 cm. The Jupiter camera characteristics are an aperture of 70 cm, fixed focal length of 15.6 meters with F# 22.3. 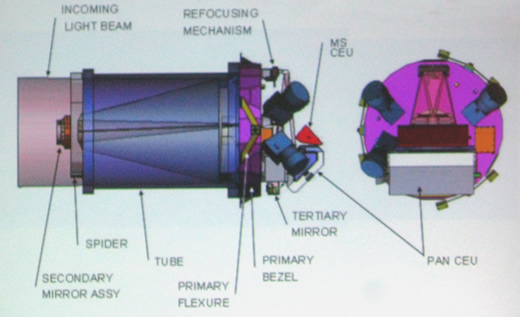 This high performance space camera will be designed to capture dozens of targets in a single satellite pass. On board data storage with over half a terabyte memory will increase the number of images captured in orbit. Download speed will also increase, dumping this huge storage in a short time as the ground station enters the satellite’s communications footprint. Mission responsiveness will be shortened dramatically, with users receiving new targets within less than three hours from planning to image download.

While current satellite imagery supports intelligence gathering at the strategic level, the high resolution to be provided by the new payload can also support users at the tactical level. The fine resolution enables differentiation between similar looking objects, discriminating specific types of weapons, such as surface-to-surface missiles, rocket launchers or air defense missiles. Analysts can identify entrances to underground facilities, identify doors or windows and other openings in small urban structures or spot individual people from space. These images could provide a useful tool for battle damage assessment as well as an information gathering means for counter-terrorism warfare.