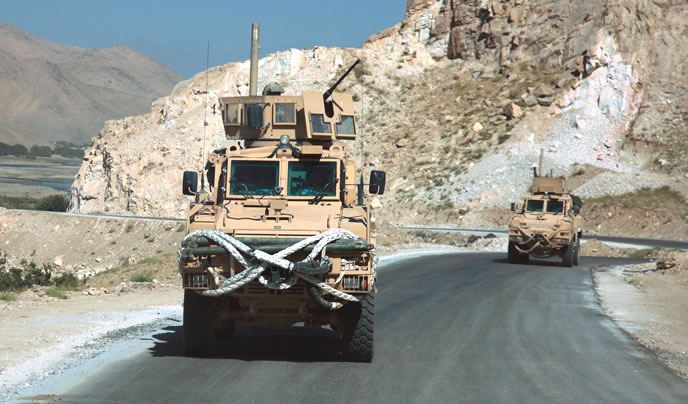 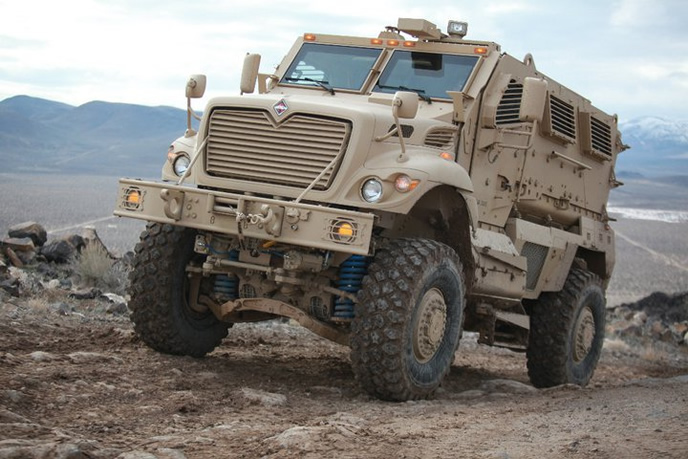 Navistar, Oshkosh and General Dynamics Canada have recently received new orders worth almost one billion dollar, for the delivery of additional MRAP variants, in support of U.S. forces operations in Afghanistan. GDLS Canada received orders to supply 691 modernization kits to support RG-31Mk5E vehicles, Oshkosh will deliver 250 new ambulances based on the MRAP All Terrain Vehicle, while was awarded two contracts to supply 425 MaxxPro type MRAP vehicles, including 175 MaxxPro Dash equipped with independent suspension – for All-Terrain Mobility, and 250 Maxxpro based MRAP-Recovery Vehicles.

The orders for the MaxxPro vehicles total $377 million. The order for the 175 International MaxxPro Dash vehicles equipped with DXM independent suspension (as seen in the photo above), is worth $125 million and is scheduled for delivery by summer 2011. The company has recently been awarded another order worth $252 million, for 250 MRAP based Recovery vehicles. Since 2007, the company has been contracted to produce more than 8,000 MaxxPro MRAP units.

Navistar has continued to grow its product offerings by leveraging its current commercial capabilities and assets, which includes the proven commercial International WorkStar platform. This business strategy aims to enable rapid response to new opportunities and simplify the integration of vehicle enhancements and the development of new truck variants. According to Archie Massicotte, president, Navistar Defense, the current orders are within the company’s strategy building around a revenue base of $1.5 to $2.0 billion. 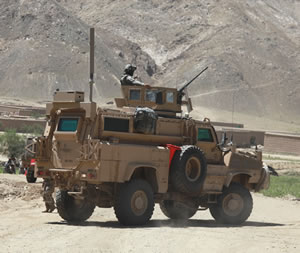 The Oshkosh Corp. has been awarded $283 million for the delivery of 46 M-ATVs configured for Special Operations Command requirements and 250 armored all-terrain capable ambulances, based on the company’s Mine Resistant Ambush Protected All-Terrain Vehicle (M-ATV). The all-terrain armored ambulance order is worth $255 million, which covers the completion of four test vehicles and production of 246 additional vehicles. Deliveries are scheduled to begin in spring 2011 and continue through 2012. The tactical ambulance joins the M-ATV base and Special Forces Vehicle (SFV) family of vehicles used by the military. The Oshkosh M-ATV was designed to provide superior off-road mobility for harsh mountainous terrain and unimproved road networks in places like Afghanistan. Oshkosh has received awards to date for nearly 8,400 vehicles. Oshkosh is continuing to explore new potential mission solutions for the M-ATV. New variants currently being proposed include an M-ATV utility vehicle, designed to support resupply operations and the M-ATV Multi-Mission Vehicle (MMV) proposed as a reconnaissance platform, missile-carrier and command vehicle.

The RG-31Mk5E upgrades focus on survivability enhancements and mobility improvements, bringing existing vehicles to the latest production configuration. Upgrades include the addition of spall liners, an independent suspension axle system and an improved power pack. Delivery of the kits is expected to be completed by November 2011. In total, General Dynamics Land Systems-Canada has delivered over 1,600 RG-31 vehicles under the MRAP program. An additional 566 RG-31s have been delivered to the U.S. Special Operations Command (SOCOM) under separate contracts.