Quantum 3D is displaying at ISDEF 2011 the ExpeditionDI wearable simulator, also known as ‘immersive dismounted infantry training platform’, the system was recently ordered by the U.S. Army will be used to help preparing U.S. forces for missions to international theaters.

The system was first unveiled in 2007 and has been tested by the U.S. Special Operations Command, Army and Marine Corps through Joint Forces Command’s Future Immersive Training Environment (FITE ) since 2008. After a long evaluation, the Army recently award

The $50 million contract was awarded to Intelligent Decisions, where Quantum as a subcontractor, is expected to deliver several thousands systems over 18 months. The evaluation of the trial batches is scheduled to begin at Ft. Bennings in January 2012, supporting the Army’s Force Generation (ARFORGEN) cycle.

“The most dangerous time for warfighters is when they are in a new environment while learning in actual combat” says Pratish Shah, Director of Marketing at Quantum3D. Nearly 40 percent of infantry fatalities occur during just the first three months of deployment. ExpeditionDI was designed to introduce soldiers to the combat scene through immersive training, enabling them to experience the locations they are assigned too fight in, through realistic Virtual Reality (VR) environment.

In this safe but realistic scene they can practice and rehearse future missions through individual and team-based exercises developing their combat skills, understanding the physical and human terrain.

The system follows the movement, lines of sight and to body movements of individual trainees, displaying them the virtual world with computer generated threat and neutral elements and friendly elements depicting other trainees, all immersed in the 3D world accurately representing the unit’s objectives.

With this platform, warfighters are not simply looking at a simulation on a computer screen from a distance, but become an integral part of the scene, with the display changing according to the diction the soldier look, and points his weapon’s sight, 3D audio cues coming from the proper origin, communications operate in realistic way and position location providing the cues relevant to the soldier’s simulated position.

The ExpeditionDI system comprises a wearable computer and an interface unit carried on a load bearing vest. This immersive display uses high fidelity, binocular 1280×1024 OLED displays and audio headset. The display area is determined by the helmet mounted head motion tracker, porting the trainee’s line of sight and position. Weapon position trackers and body posture tracker are complementing the system, weapon’s aiming and effect, and basic body postures such as tracking standing, crouching and prone positions. 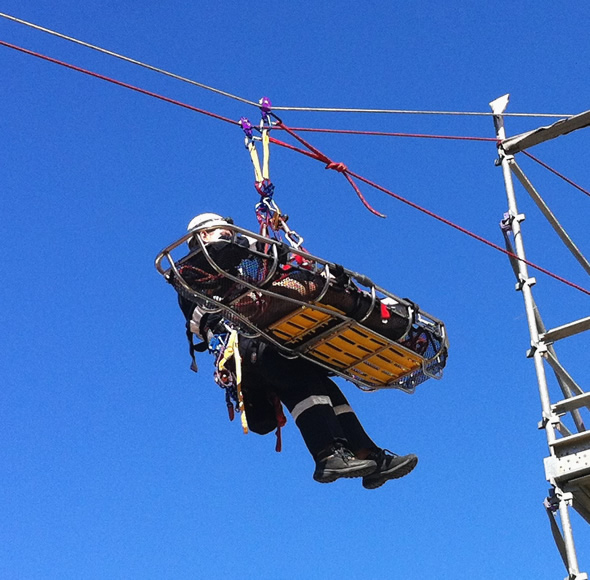