Five months after announcing the Memorandum of Understanding (MoU) in October 2011 the Indian Mahindra & Mahindra group and U.S. radar manufacturer Telephonics Corporation are launching a Joint Venture company in India, aimed to provide radar and surveillance systems to the Indian Ministry of Defense and civil sector. The companies have filed to clear the planned JV with the Government Foreign Investment Promotion Board and are expecting approval for this request soon.

The JV will be the first in India to manufacture airborne and maritime radars utilizing licensed technology. It will focus on maritime surveillance radars, Identification Friend or Foe (IFF) devices and communication systems produced by  Telephonics and could also expand to offer systems for Air Traffic Management services, Homeland Security and other emerging surveillance requirements. The JV will license technology from Telephonics for use on a wide range of products that have both defense and civil applications. According to plans, the JV expects to reach nearly 100 per cent indigenous capability ‘in the near future’. The JV plans to establish a production plant that would manufacture and service airborne radar systems that are already being operated or scheduled for future delivery to the Indian Navy and Coast Guard. 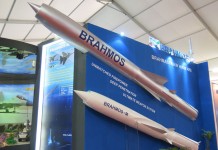