Home Land Systems Armored vehicles Where are the MRAP Going? 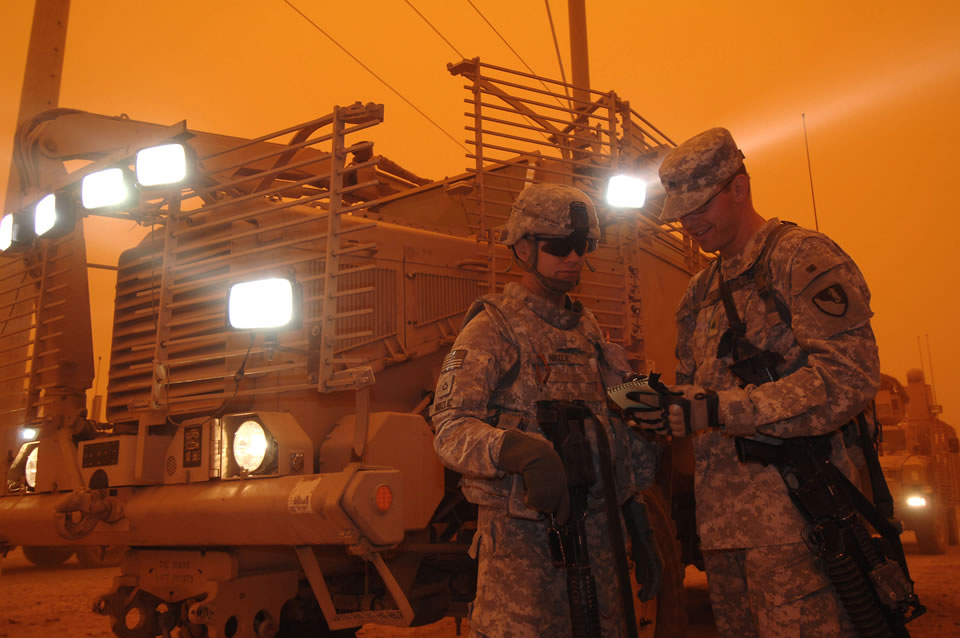 Over the past five years the U.S. military has fielded over 20,000 Mine Resistant Ambush Protected (MRAP) vehicles at a US$45 million investment, representing about 7 percent of the Army’s vehicle inventory, providing protected transport to support combat operations, primarily in Iraq. The vehicles fielded in Iraq being heavy and restricted to road mobility, needed extensive modifications before they could deploy to Afghanistan.

With missions in Iraq completed and Afghanistan drawing down, the Army hasn’t decided what to do with these monsters, available in many variants, from the massive Cougar to the all-terrain vehicle M-ATV, some are torn out by years of harsh service, others brand new, as they haven’t travelled a mile yet. Others will be mothballed or used for training purposes. While most vehicles have left Iraq already, the Army plans to scrap some of the vehicles, and could leave behind about 60 percent of the 21,000 MRAPs, to be stored in prepositioned stockpiles prepared for future contingency or sold to local military forces. Since most MRAP configurations are too high for storage at sea, the vehicles are likely to remain on land in prepositioned unit bases, somewhere in Soutwest Asia. Some of the MRAPs that will reach the US will be mothballed at the Army depots in the California high Sierra or sold for scrap.

About 30 percent of these vehicles (up to 6,000 but most likely much less) will be heading home, to join the brigade combat teams route clearance missions and transportation units, providing protected transport for troop and supplies transport in high threat areas. To maintain driver and crew proficiency, about 2,000 of the vehicles will be sent to training bases in the continental US for training.Part of the Army’s hesitance of maintaining the MRAP is the lack of funding for through-life support. In the past five years the Pentagon procured about 26,000 MRAPs vehicles through the war supplemental budget that has dried out in recent years. With the Afghanistan drawdown effectively completed by the middle of the decade, the Army will have to find the resources to support the MRAP in its annual operations and sustainment budget, and obviously, in these hard times, MRAP support would be the last priority for the Army.

Nevertheless, since some MRAPs will be maintained in service for at least 10 years, the remaining fleet will undergo reset and sustainment process at Army depots such as the Red River Depot, Texas, and Letterkenny Depot, Pa., Part of this process is aimed at bringing most MRAPs into a common configuration to enable more efficient training and support, partly through the cannibalization of existing vehicles.

Part of the motivation of the services maintenance of MRAP for the near term is the continued development of the Joint Tactical Light Vehicle (JLTV) currently underway. The JLTV is scheduled to become operational in 2016 and is expected to be available in critical masses toward the end of the decade, introducing HMMWV level mobility and MRAP-level protection to brigade combat teams. The Army and Marine Corps plan to acquire as many as 50,000 JLTVs by 2035.