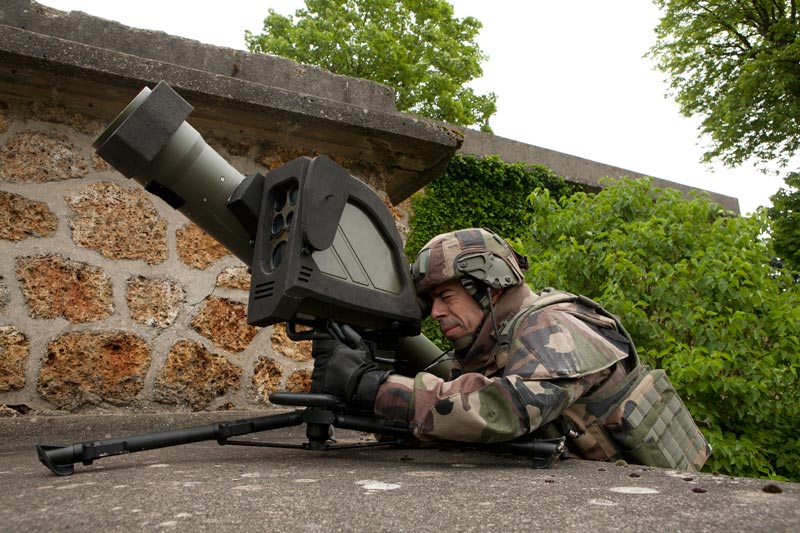 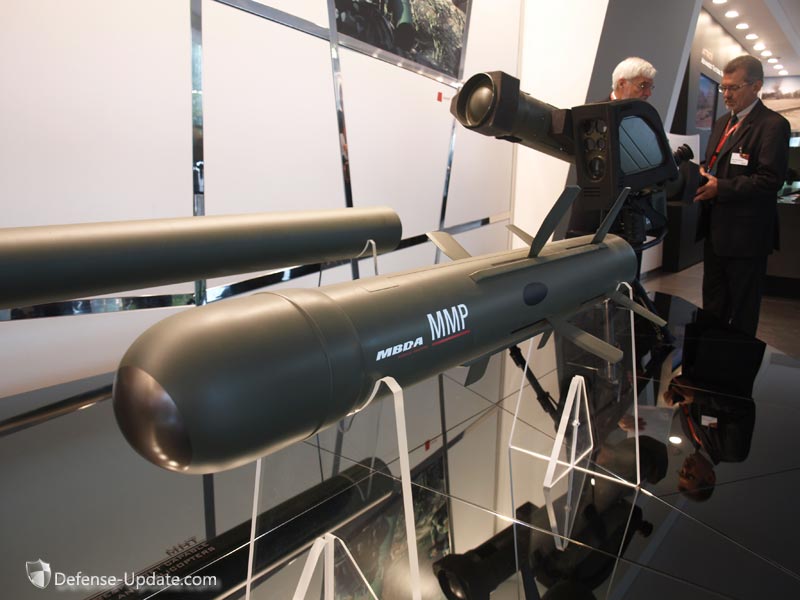 MBDA reported today some progress on the Medium Range Missile (MMP) weapon system, destined to replace the MILAN medium range missile that has been in the French Army service since 1974. In December 2011 the French MOD awarded MBDA a 12 months risk reduction program contract for the Medium Range Missile (MMP) Program. Following the completion of testing certain technologies, such as the launch section, optical-fiber release and missile aerodynamic configuration, MBDA is expecting to receive a contract award for full scale development, leading to first firing trials in 2014, and production of 3,000 missiles and 500 firing posts, gradually replacing the MILANs in the French Army infantry units as the new missile becomes operational in 2017.
Although MILAN has been a great success on the export market, the MMP is currently aimed at the French market exclusively. Under the current economical pressure, MBDA is not seeking cooperation outside France thus rising delaying the development and procurement of the new missile which was sofar developed mostly with internal funding. Nevertheless, MBDA consider the MMP as a key future program, allowing French and European industry to maintain the MILAN market share in foreign markets.
The MMP is designed for safe launch from enclosed spaces, therefore improving the warfighter’s capability to employ the missile in urban warfare, providing a minimally safe firing range of 150 meters; something the MILAN lacks. Other requirements stated by the military include a ‘Fire and Forget’ functionality, thus greatly improving the survivability of the missile team. Nevertheless, MBDA is also introducing ‘man in the loop’ capability, therefore offering the user full control of the missile while in flight. The range of the MMP will be 4,000 meters, almost twice the MILAN range (The MMP requirement is to destroying fix or moving land targets at distances of up to 2500 meters). MMP will not be a lightweight weapon though. The firing post kit will weigh about 12 kg and each missile will weigh about 15 kg.
The new missile is designed as an affordable weapon system. About 50 per cent of the content of the missile are common with the longer range version, known as MHT. Key systems as the two warheads, dual-mode seeker, MEMS IMU backed autopilot, and overall diameter will be maintained in both weapons. The length, propulsion system, datalink (the MHT is expected not to use a fiber link). The 1,700 mm long MHT will be twice as heavy as the MMP. It will be designed to engage the same targets as the MMP but at more than double the ranges – 8-10 km, providing full Non Line Of Sight capability, using Lock On After launch (LOAL) and trajectory shaping.
MBDA, as a prime contractor has grouped an industry team to provide the various subsystems and components of the new missile. The booster and main rocket motor is developed by Roxel, Sagem is developing the TV/uncooled IR seeker, SBDS is responsible for the dual-HEAT warhead, Jyunghans T2M providing the safe-arm system and while MEXANS is providing the fiber-optical release system. Sagem is also providing the seeker and image display used on the control system.
MBDA promises the MMP will give close combat units and special forces a versatile and precise attack capability. Needing to face a great variety of threats, these units need to be capable of acting alone, on foot and without any immediate support. They will also need to operate in complex environments (day-night actions; mingling with the population or with friendly forces; asymmetric combat; plurality of players involved, etc.) in widely varying areas (urban, desert, mountain zones; etc.).
Thepis missile’s target set includes latest-generation main battle tanks of the T-90 class and light vehicles. It is also required to be able to neutralize disembarked personnel or personnel under cover in permanent or temporary defensive shelters Since France Is already familiar with the Spike LR missile (having evaluated it against the Javelin) and awared that the Israel competitor offers much of the capabilities envisaged for the future MMP, MBDA is highlighting the advantages of it future missile against the competition, as offering better integration within the future Frence force structure. For example, MBDA claims the use of an uncooled seeker has a potential to increase reliability and reduce cost. Moreover, it will offer close integration with FELIN, the French Army modern infantry system, and also enable full interoperability with existing or future battle management systems.