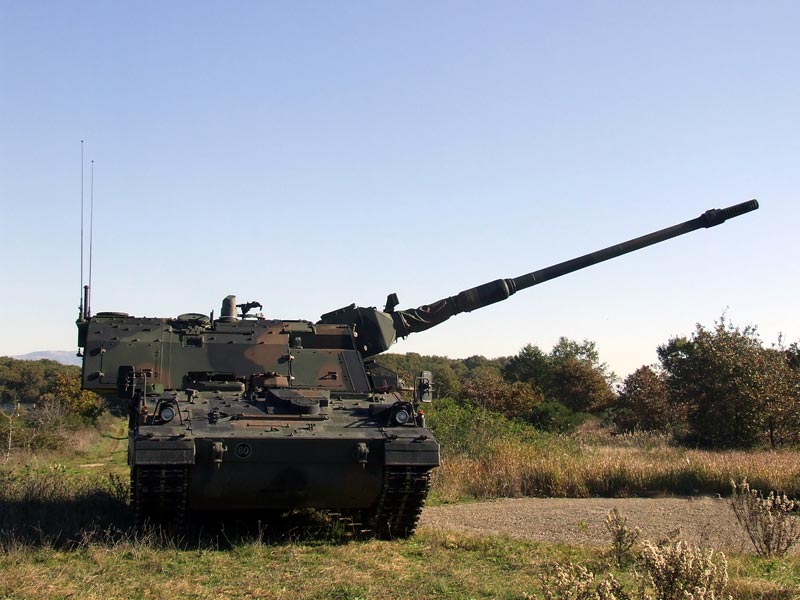 Oto Melara and Diehl Defense signed today a cooperation agreement during the Eurosatory 2012 exhibition, formalizing the framework for a strategic alliance for the joint development and production of extended range large-caliber artillery projectiles and guided ammunition for the use of naval and land forces. The agreement covers the 127mm and 155mm projectiles known as ‘Guided Long Range’ and ‘Ballistic Extended Range’ Vulcano family of artillery ammunition, and the German 120mm Guided Mortar Munition.

The cooperation will be offering the Vulcano 155mm GPS/SAL (Semi-Active Laser) long range precision guided ammunition for the self-propelled armored howitzer, in the German and Italian versions, as well as other NATO and non-NATO 155mm gun operators. Under the cooperation, the two companies will also provide the Vulcano 127mm (GPS/SAL) for the Oto Melara 127/64 lightweight naval guns, (to be operated on the German Navy Type 125 frigates). The projectile will also fit other fielded Oto Melara 127mm naval guns, offering naval platforms a theoretical engagement range of 100 km, using the gun only.

Oto Melara has recently conducted the first successful series of eight firing tests of the Vulcano 155 GLR/SLA fired from a PzH2000, at Meppen in Germany. The companies are expecting to enter Low Rate Initial Production of the Extended Range Ammunition in 2013, to be followed a year after with the GLR/SAL guided projectile.

According to Dr. Carlo Alberto Lardella, CEO of Oto Melara, the two companies has lots in common and are set to join forces in cooperative development and production of ammunition for the Italian and German customers. He said Oto Melara has followed this opportunity after evaluating the Semi Active Laser (SAL) seeker for its 127mm guided projectile.

Claus Guenther, CEO of Diehl Defense acknowledged that although the discussions about the cooperation have been underway for only few months, his company has good experience with the Italians in other programs, such as the IRST missile, “each side is bringing complimentary capabilities to the cooperation, but the result is no less than revolutionary, as it brings naval artillery and naval gunnery to performance they had never before experienced” Guenther said, adding this industrial alliance should be a model of how industrial partnerships should follow, by making a small but meaningful steps forward, rather than giant shifts that draw a lot of rejection from the regulatory and executive levels. Beyond the cooperation on the guided projectiles the two companies have agreed to expand cooperation on conventional ammunition as well.