On 22 July China’s official state-run Xinhua News Agency announced that the People’s Liberation Army’s (PLA) Central Military Commission approved plans to establish a permanent military garrison in the disputed South China Sea. China is known to have positioned military vessels in the region on a routine and recurring basis in the recent past and this announcement appears to be a continuation of China’s determination to strengthen its claims of sovereignty over the area.

On 21 June, the Vietnamese National Assembly passed the “Vietnamese Law of the Sea” that formally categorized the Spratly and Paracel Islands as lying within the boundaries of Vietnam’s sovereignty and jurisdictional control. China was quick to condemn this action and responded with an announcement of its own to lay claim to the region.

Later on 21 June, in response to Hanoi’s legislative move, the Chinese State Council (governing cabinet) administratively raised the status of the small town of Sansha, located on Woody Island in the Paracel chain, to that of a prefectural-level city with administrative authority over the Spratly Islands, the Paracel Islands, and the Zhongsha Islands.

Sansha City, occupying little more than 5 kilometers of land area, is tasked with exercising administrative control over a vast expanse of the South China Sea, portions of which are also claimed by the Philippines, Taiwan, Malaysia, Vietnam, and Brunei.

The city of Sansha, boasting a population of only 1,100 inhabitants, announced on 22 July that a municipal people’s congress of 45 members had been elected and installed, igniting protests from nearly all of China’s Pacific neighbors. Both Vietnam and Taiwan lay claim to the Paracel Islands, home to the new city. China has exercised de facto control of the Paracels since forcing Vietnam to withdraw following a naval showdown in 1974.

China claims that they were the first to discover and name the Spratly, Paracel, and Zhongsha island groups in the South China Sea – the Chinese names for the island chains are Xisha, Zhongsha, and Nansha. The Chinese also claim they established an administrative apparatus to manage the islands back in 1959 and therefore, have absolute sovereignty throughout the area.

Earlier in July, mass demonstrations were organized in Hanoi to protest China’s establishment of Sansha City and an invitation sent by the Chinese to oil companies announcing the solicitation of bids for drilling rights in offshore locations Vietnam claims to have sovereignty over. The drilling rights being offered up for bidding encompass areas well within Vietnam’s internationally-recognized 200-mile exclusive economic zone. Both Vietnam and the Philippines have filed diplomatic protests over the establishment of Sansha City.

The Xinhua News Agency’s announcement went on to say that the new Sansha military garrison would have responsibility over “national defense mobilization” while also “guarding the city and supporting local emergency rescue and disaster relief.” The garrison would also, it was announced, conduct “military missions” although the extent and purpose of such missions was not addressed.

The news announcement also reported that the Sansha “garrison command will be a division-level command under the PLA’s Hainan provincial sub-command, responsible for managing the city’s national defense mobilization, military reserves, and carrying out military operations.”

An independent report filed by Reuters stated that Beijing also plans to begin construction of communication facilities, buoy tenders, supply installations, and light stations in Sansha City in the near future.

Sansha City, located on Woody Island (Yongxing in Chinese), is currently serviced by an airfield completed in 1990 that boasts a 2,700-meter long runway capable of supporting all the third-generation fighter aircraft in China’s existing air fleet. The island also has a small coast guard facility and a police station to support the city.

The South China Sea is a waterway of critical importance to the global economy with more than one-third of the world’s trade passing through the expanse. It is also a rich fishing ground and is believed to be, based on preliminary exploration, home to immensely valuable deposits of natural gas, petroleum, and rare-earth materials. 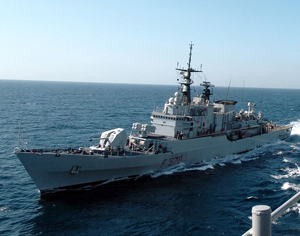