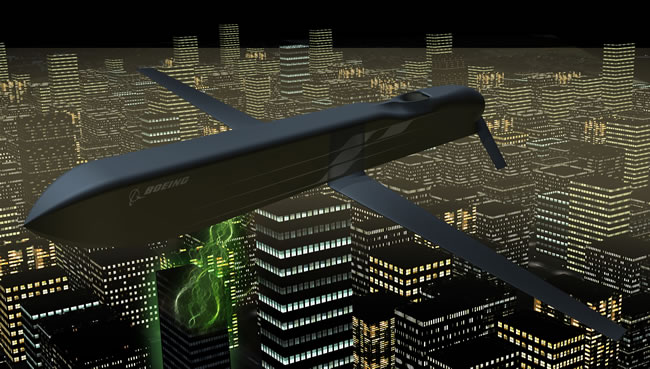 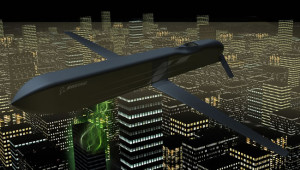 A recent weapons flight test in the Utah desert may change future warfare after the missile successfully defeated electronic targets with little to no collateral damage.

The CHAMP high power microwave (HPM) aerial demonstrator is a multiyear, joint capability technology demonstration that includes ground and flight tests. CHAMP, which renders electronic targets useless, is a non-kinetic alternative to traditional explosive weapons that use the energy of motion to defeat a target.

During the test, the CHAMP missile navigated a pre-programmed flight plan and emitted bursts of high-powered energy, effectively knocking out the target’s data and electronic subsystems. CHAMP allows for selective high-frequency radio wave strikes against numerous targets during a single mission.

“This technology marks a new era in modern-day warfare,” said Keith Coleman, CHAMP program manager for Boeing Phantom Works. “In the near future, this technology may be used to render an enemy’s electronic and data systems useless even before the first troops or aircraft arrive.”

The $39 million contract for the development and construction of five flight vehicles and a small HPM payload was awarded to Boeing in 2009. Under the 39 months program Boeing is building five aerial platforms. Two are destined for flight tests and one is used for ground testing.