Israel’s Ministry of Defense (IMOD) announced it carried out a successful flight test of the Arrow 3 missile interceptor, the test was conducted under the ‘Arrow’ development program in cooperation with the U.S. Missile Defense Agency. The interceptor was launched into space at around 05:52 (GMT), from a coastal military launching pad in central Israel. The missile flew for more than six minutes, testing Arrow 3’s fly-out capabilities at altitudes well over 100 km (considered the lower boundary of space). The test plan did not include an actual intercept therefore, no target was used. The test, originally planned for summer 2012 was postponed for about six months, due to unspecified technical issues.

The successful test is a major milestone in the development of the Arrow 3 Weapon System and provides further confidence in future Israeli defense capabilities to defeat the developing ballistic missile threat – the IMOD announcement said.

Arrow 3, the newest addition to the Arrow Weapon System, is the upper tier in the Arrow family of weapons that incorporates the latest technology to combat a continually advancing threat. As it becomes operational, around 2016 Arrow 3 will be able to intercept ballistic missiles with longer ranges than the ones that Arrow 2 can bring down, and it will do so at higher altitudes.

The Arrow system uses the two-stage Arrow II interceptor to destroy an incoming target with a fragmentation warhead. Arrow 3, also a two-stage interceptor, will be able to destroy an incoming target with an exo-atmospheric kill vehicle providing additional defense capability for evolving threats. Using ‘hit-to-kill’, rather than fragmenting warhead enables the new interceptor to become lighter and more agile platform. Arrow 3 weighs less than half the Arrow-2 weight.

The test flight successfully demonstrated several new technologies utilized in the Arrow-3 including the two stage rocket engine, a flexible skirt augmenting the stability of the missile in the upper atmosphere, a method that enabled designers to increase the speed of the second stage. The flight also evaluated the new dual pulse propelled kill vehicle and its uniquely designed kill vehicle that allows 90 to 180 degrees tracking of the incoming ballistic missile warhead. According to Riki Ellison, Chairman & Founder of the US Missile Defense Advocacy Alliance, these technologies will contribute to lighter, faster interceptor, offering exponential increase in divert capability for a missile defense interceptor applications.

Both interceptors will be operated from common launch systems, thus reducing the infrastructure and support required for new systems. The new system will require major upgrades of Super Green Pine radar, battle management systems, launchers and communications systems are currently underway as part of the Arrow Mission System 4.1 block upgrade.

The introduction of Arrow-3 is required as a response to the evolution of the threat of more sophisticated missiles, including those carrying weapons of mass destruction, requires a multi-tier approach to achieve a zero leakage rate. Arrow 2 and 3 are part of the Israeli multi-layer defense system currently being established, to protect the state of Israel against all ballistic threats.

Israel’s Missile Defense Organization and the U.S. Missile Defense Agency officials conducted the flight test.  The main contractor for the integration and development of the Arrow Weapon System is MLM of the Israel Aerospace Industries (IAI) in conjunction with Boeing. 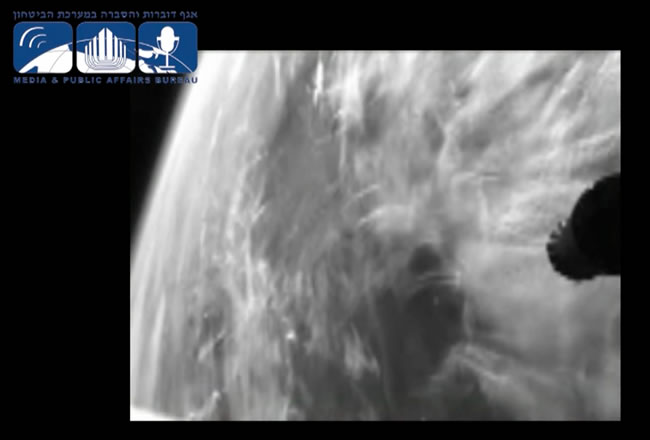