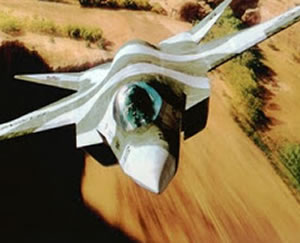 Challenged by the ever growing scale and capabilities of China’s People’s Liberation Army (PLA), Taiwan must develop its air defense capabilities fielding more capable fighter planes in greater numbers, a requirement aired in a recently published released quadrennial defense review. Taiwan’s Ministry of National Defense (MND) claims that China is deploying many of its newest weapons its Nanjing and Guangzhou military regions, both of which are adjacent to Taiwan, in recent years. Moreover, Many of the training programs and live-fire exercises played by the PLA have focused on seeking a speedy end to island conflicts in an apparent effort to prevent foreign intervention in the event of such a standoff.

According to the MND’s quadrennial defense review, the military is also planning to develop unmanned aerial vehicle (UAV) capable of carrying out combat and reconnaissance missions to beef up the country’s air defense muscle.

Given the reluctance to deliver advanced fighter aircraft as expressed by Taiwan’s main ally – the US – Taipei is determined to develop its own advanced air power, based on new generation, stealth-capable fighters capable to meet the modern Chinese fighter planes in battle. Other capabilities recommended for such fighters include long-range flight and aerial refueling abilities, as well as the capability to launch ground and anti-ship weapons.

In the 1980s Taiwan has embarked on an indigenous defense fighter (IDF) aircraft project also known as F-CK-1A/B Ching-kuo, developed and built by Taiwan’s Aerospace Industrial Development Corporation (AIDC). It was designed to replace US built F-5 and F-104 jet fighters, after the US refused to supply Taiwan newer generation fighters (Taiwan was interested in the Northrop F-20 Tigershark or F-16 at the time). The aircraft entered service in 1994 and production of 130 aircraft has continued until the year 2000. Since 2010 these aircraft are undergoing enhancement into the F-CK-2C/D.

The need for an advanced manned fighter receives a special emphasis due to Taipei’s reiterated commitment to Missile Technology Control Regime (MTCR) which is now part of Taiwan’s trade law, preventing the proliferation of missile and unmanned aerial vehicle technology.

The ministry expects the development and construction of indigenous submarines and warplane will cost an estimated NT$500 billion.

MND spokesman Luo Shou-he said Tuesday March 12, 2013 that the decision to build indigenous warplanes does not mean that the military has ruled out the option of procuring F-16 C/Ds or even more advanced types of jet fighters. “We have struck a deal with the United States on upgrading our F-16 A/B fighters and will continue evaluate our need for advanced warplanes,” Luo added. According to the MND’s budget plan, there are still nearly NT$500 billion (US$16.89 billion) worth U.S. weapon procurement projects to be executed over the next five to 10 years.