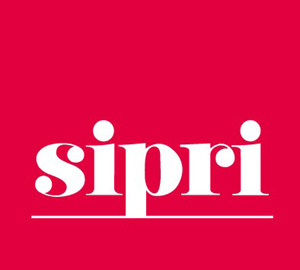 World military expenditure totalled $1.75 trillion in 2012, a fall of 0.5 per cent in real terms since 2011, according to figures released today by Stockholm International Peace Research Institute (SIPRI).

The fall—the first since 1998—was driven by major spending cuts in the USA and Western and Central Europe, as well as in Australia, Canada and Japan. The reductions were, however, substantially offset by increased spending in Asia, Eastern Europe, the Middle East and North Africa, and Latin America. China, the second largest spender in 2012, increased its expenditure by 7.8 per cent ($11.5 billion). Russia, the third largest spender, increased its expenditure by 16 per cent ($12.3 billion).

“We are seeing what may be the beginning of a shift in the balance of world military spending from the rich Western countries to emerging regions, as austerity policies and the drawdown in Afghanistan reduce spending in the former, while economic growth funds continuing increases elsewhere” – Dr Sam Perlo-Freeman

Despite the drop, the global total was still higher in real terms than the peak near the end of the cold war.

‘We are seeing what may be the beginning of a shift in the balance of world military spending from the rich Western countries to emerging regions, as austerity policies and the drawdown in Afghanistan reduce spending in the former, while economic growth funds continuing increases elsewhere,’ said Dr Sam Perlo-Freeman, Director of SIPRI’s Military Expenditure and Arms Production Programme. ‘However, the USA and its allies are still responsible for the great majority of world military spending. The NATO members together spent a trillion dollars.’

In 2012 the USA’s share of world military spending went below 40 per cent for the first time since the collapse of the Soviet Union. A declining trend that began in 2011 accelerated in 2012, with a drop in US military spending of 6 per cent in real terms to $682 billion.

US military spending in 2012 was also projected to be $15 billion lower than previously planned as a result of cuts to the Department of Defense linked to the 2011 Budget Control Act. The bulk of cuts under this legislation will begin in 2013.

Austerity policies also caused falls in military spending in most of Europe in 2012. Since the 2008 global financial crisis, 18 of the 31 countries in the European Union or European NATO have cut military spending by more than 10 per cent in real terms.

Even in those parts of the world where spending has increased, the effects of the economic crisis can still be seen: slowing economic growth in emerging regions has led to slower rates of growth in military spending. Only the Middle East and North Africa increased their rate of military spending between 2003–2009 and 2009–2012.

‘All the indications are that world military spending is likely to keep falling for the next two to three years—at least until NATO completes its withdrawal from Afghanistan at the end of 2014,’ said Dr Perlo-Freeman, ‘However, spending in emerging regions will probably go on rising, so the world total will probably bottom out after that.’

N.B.: All percentage increases and decreases are expressed in real terms (constant 2011 prices).

News Desk - Jan 25, 2021
0
NATO has selected Thales to provide the first certified defense cloud solution that can be deployed in the theatre of operations in less than 24 hours. Thales was selected after a worldwide competitive tendering process .