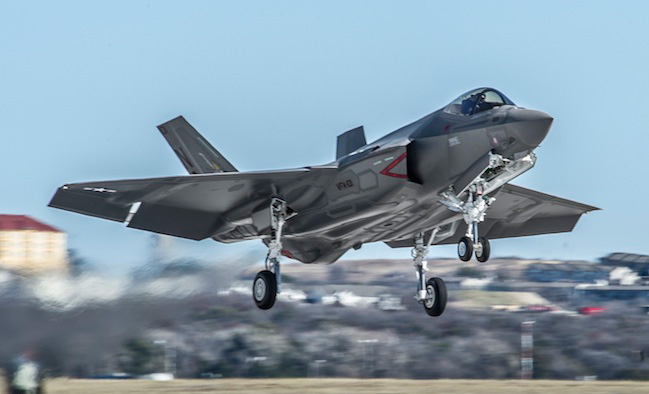 Last month we published a review of a preliminary report prepared by the Government Accountability Office (GAO) about the F-35 program. The report revisited four of the 10 key management objectives mentioned previously, indicating seven were met or made substantial progress. However, two objectives on aircraft deliveries and a corrective management plan were not met. The report that was officially released today stated that additional work remains to fully address those risks.

The GAO report indicates that little progress has thus far being made on the advanced ‘block 3.0’ software. “The program intends initial block 3.0 to enter flight test in 2013. This is rated as one of the program’s highest risks because of its complexity.” the GAO report warns.

Software development remains a major concern. Over time, F-35 software requirements have grown in size and complexity and Lockheed Martin has taken more time and effort than expected to write computer code, integrate it on aircraft and subsystems, conduct lab and flight tests to verify it works, and to correct defects found in testing. GAO acknowledged that recent management actions refocused on software development activities and other improvement initiatives implemented appear to be yielding benefits, however, software continues to be a very challenging and high-risk undertaking, especially for mission systems parts of the fighter’s software.

While most of the aircraft’s software code has been developed, a substantial amount of integration
and test work remain before the program can demonstrate full warfighting capability. About 12 percent of mission systems capabilities have now been validated, up from four percent about a year ago. However, progress on mission systems was limited in 2012 by contractor delays in software delivery. The versions finally released were of limited capability, needed repeated fixes and retesting of multiple software versions. GAO warns that “Further development and integration of the most complex elements—sensor fusion and helmet mounted display—lie ahead.”

F-35 software capabilities are being developed, tested and delivered in three major blocks and two increments—initial and final—within each block. The testing and delivery status of the three blocks is described below:

Block 1.0, providing initial training capability, was largely completed in 2012, although some final development and testing will continue. Also, the capability delivered did not fully meet expected requirements relating to the helmet, ALIS, and instrument landing capabilities.

Block 2.0, providing initial warfighting capabilities and limited weapons, fell behind due to integration challenges and the reallocation of resources to fix block 1.0 defects. The initial increment, block 2A, delivered late and was incomplete. Full release of the final increment, block 2B, has been delayed until November 2013 and will not be complete until late 2015.

Block 3.0 providing full warfighting capability, to include sensor fusion and additional weapons, is the capability required by the Navy and Air Force for declaring their respective initial operational capability dates.

Thus far, the program has made little progress on block 3.0 software. The program intends initial block 3.0 to enter flight test in 2013. This is rated as one of the program’s highest risks because of its complexity.

Another area of concern was the Helmet mounted display (HMD) — DOD continued to address technical issues with the HMD system. The original helmet mounted display, integral to mission systems, encountered significant technical deficiencies and did not meet warfighter requirements, the report mentioned. The program is pursuing a dual path by developing a second, less capable helmet while working to fix the first helmet design. In its recent report GAO informed that in 2012, the program office began dedicated ground and flight testing to address these issues. “Both variations of the helmet mounted display are being evaluated and program and contractor officials told us that they have increased confidence that the helmet deficiencies will be fixed.” the report said, adding that the Pentagon may make a decision in 2013 as to which helmet to procure.

The Autonomic Logistics Information System (ALIS) – a tool designed to predict and diagnose aircraft maintenance and supply issues could also limit the aircraft operability overseas, when deployed. A preliminary version of ALIS, with limited capability, is already operational with the F-35 training and testing locations. “More capable versions of ALIS are being developed and program and contractor officials believe that the program is on track to fix identified shortcomings and field the fully capable system in 2015” the report indicated. However, the current version is designed for a lab use, and does not easily support operational deployments. “Limited progress was made in 2012 on developing a smaller, transportable version needed to support unit level deployments to operating locations” the report stated.

As for the Navy, carrier based F-35Cs will not be able to deploy on aircraft carriers until their arresting hook is fixed. The Navy will not be able to use its The F-35C, the carrier variant of the Lightning II, has encountered problems with its arresting hook system, which necessitated redesign to improve the ability of the hook to catch the arresting line on the carrier deck. Lack of an effective hook prevented the F-35C from performing flight trials on board aircraft carriers. “The program accomplished risk reduction testing of a redesigned hook point to inform this new design” GAO said in the report, “The preliminary design review was conducted in August 2012 and the critical design review in February 2013. Flight testing of the redesigned system is slated for late 2013.”

Finally, there are some issues with the durability of the airframe; testing has discovered bulkhead and rib cracks on the aircraft. “In 2012 the JSF completed structural and durability testing, to verify that all three variants can achieve expected life and identify life-limited parts. As a result of these findings, the program is testing some redesigned structures and planning other modifications. “Officials plan to retrofit and test a production aircraft already built and make changes to the production line for subsequent aircraft. Current projections show the aircraft and modifications remain within weight targets.” the report added.