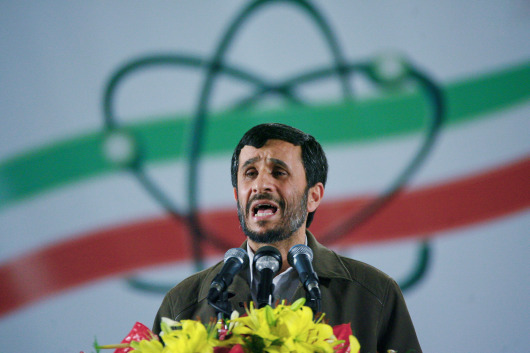 A new Pentagon assessment of Iran’s military power maintains that in two years time, Iran could flight-test an intercontinental ballistic missile capable of striking the United States, given “sufficient foreign assistance”, is provided to Tehran. The new assessment reiterated a longstanding estimate of the U.S. intelligence community. Iran could test such a missile by 2015 with assistance from nations like North Korea, China or Russia. Pyongyang is already in the process of developing the KN-08, an extended range ballistic missile that can reach the US West Coast. The missile’s range could be extended to provide the missile an intercontinental strike capability. Pyongyang and Tehran have been collaborating and exchanging technologies regarding ballistic missiles and nuclear weapons for many years; both countries are seeking to match the two technologies to acquire nuclear weapons delivery capabilities. U.S. experts agree that North Korea and Iran could be capable of developing and testing few ICBM class missiles based on liquid propellants, but doubt they could acquire solid-propelled weapons in the near future. The lengthy pre-flight procedures required for fuelling liquid-propelled missiles means that such weapons cannot be mass-fired without warning, as the shorter range missiles could, therefore, providing the defender time to respond, employ missile defense or conduct preemptive attack.

An unclassified portion of the “Annual Report on Military Power of Iran,” dated January 2013 and made available by the Pentagon today, also states that Iran is continuing to develop both the “technological capabilities applicable to nuclear weapons” and “ballistic missiles that could be adapted to deliver nuclear weapons.” In December 2012 US sources were sceptical about Iran’s ability to reach such milestone by 2015. Tehran encountered a major obstacle in 2011, after an explosion killed 21 people during a test, among the casualties was Hasan Tehrani Moghaddam, who was in charge of the country’s missile program.

The Defense Department adds that Iran “continues to develop technological capabilities applicable to nuclear weapons” and is “proceeding with uranium enrichment and heavy-water nuclear reactor activities in violation of multiple U.N. Security Council resolutions.”
Iran “also continues to develop ballistic missiles that could be adapted to deliver nuclear weapons,” it states. Despite “increased pressure resulting from sanctions” imposed by the United Nations, there “has been no change to Iran’s national security and military strategies over the last year,” according to the report.

In the past Iran was reportedly working on ‘Project Koussar’, a ballistic missile capable of reaching targets at ranges of 4000 – 5000 km. These missiles, sometime referred to as Shahab 5 and Shahab 6 were believed to be based on different propulsion used on the Shahab 3. Some sources indicated the Iranians were erlying on the RD-216 originally developed for the SS-5 IRBM and also used to with the Kosmos SL8 satellite launcher.
James Clapper, the director of national intelligence, told the Senate Select Committee on Intelligence last month that “we do not know if Iran will eventually decide to build nuclear weapons.” The U.S. government’s 17 intelligence agencies, according to Clapper, “judge Iran would likely choose a ballistic missile as its preferred method of delivering a nuclear weapon, if one is ever fielded,” he said in the U.S. intelligence community’s annual worldwide threat assessment. These missiles are capable of delivering a weapon of mass destruction, he said.

“In addition, Iran has demonstrated an ability to launch small satellites, and we grow increasingly concerned that these technical steps — along with a regime hostile toward the United States and our allies — provide Tehran with the means and motivation to develop larger space-launch vehicles and longer-range missiles, including an intercontinental ballistic missile,” according to Clapper.