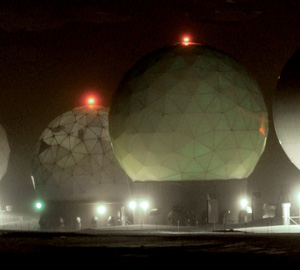 The U.S. Air Force has been quietly developing and has finally fielded measures to counter interference and electronic attacks directed against satellite communications. I-HLS reports.

Brig. Gen. Roger Teague, Air Force Space Command’s strategic planner, noted during a speech at the 29th National Space Symposium earlier this month that the Rapid Attack Identification Detection Reporting System (RAIDRS) is fielded — one of several accomplishments for the command in 2012. RAIDRS is designed for “defensive counterspace,” or protecting satellite communications links by alerting operators to anomalies in signals in the C, Ku, X and UHF frequencies.

According to Aviation Week ,  Raidrs prototype, designed by Integral Systems of Lanham, Md., was in use in the Middle East since July 2005. The system included a series of antennas that could be used to locate an ellipsis of area where a jamming source could be located. Those antennas were deployed forward in U.S. Central Command and require protection.

Now, however, the Air Force has fielded a more permanent system. The service now has a centralized operations center at Peterson AFB, Colo. Five transportable Raidrs Transportable Ground Segments (RTGS) are being strategically located at the following locations: Lualualei Naval Station, Hawaii; Cape Canaveral Air Force Station, Fla.; Misawa Air Base, Japan; Kapaun Air Station, Germany and an unidentified location in Central Command. “By placing on RTGS in Japan and another in Hawaii, we can monitor signals for [electro-magnetic interference] throughout the Pacific region,” according to a command spokeswoman.

US Air Force F-16 Crashes in Ocean Northeast of Japan