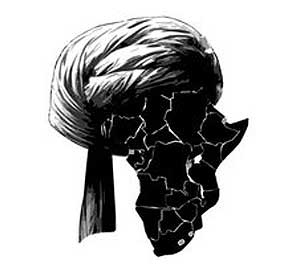 Western companies active in the raw materials and energy fields operating from Mauritania to Chad, Algeria and Nigeria, are all exposed to growing terror threats south of the Sahara, even in countries previously considered safe for operations. Dangers are not limited only to the lawless Sahara area, but are expanding to the west and central of the Africa. The increase in terror and crime threats create a new economic and social reality in those countries, providing important resources for the world economy. Mitigating those threats require constant vigilance and effective intelligence, along with heightened security arrangements to deter opponents, thwart attempts of impairing human life and causing damage, while effectively addressing potential emergency situations. I-HLS Reports

The continent of Africa, and in particular the countries south of Sahara, are center of wide scale activity for foreign companies. Israeli companies are present here since the early 50s. The activity was first led by the Foreign Office, who in a very short time established tens of Israeli representation offices in African countries, and in this way laid the foundations for activity in the fields of agriculture, security and infrastructure development. Later on, more and more private companies from Israel entered Africa, and performed impressive projects in various areas. During the years the business relations had their ups and downs that were influenced by political moves and events like the Six Day War and Yom Kippur War. Nevertheless, along the entire period a massive Israeli business presence was established in Africa in various fields. The present deterioration in the level of terror threat and crime at the continent of Africa is a blinking red light considering the substantial risk requiring security arrangement against it. However, and since this is the situation, this is also an opportunity for Israeli security companies specializing in management of risks of this type, to provide security solutions for each foreign organization intending to act in these countries, in order to protect the well being of its personnel and safeguard its assets.

An impressive show of force of the radical Islamic organizations in Northern Africa took place last January, when 41 foreign hostages (citizens of USA, UK, Japan, Norway, Philippines, France, Malaysia and Romania) were kidnapped by Islamic extremists at the Amenas gas field near the Algiers-Libya border.   This event demonstrates the freedom of action that the terror organizations enjoy at the arena, as the result of lack of organized government and security systems, with an emphasis on countries like Mali and Libya. Also in apparently more stable countries there is a growing trend towards terror activity. Such is happening each day in Nigeria.

More than 230 foreign citizens have been kidnapped at the Delta area in Nigeria since January 2007. In the recent years there is an ever worsening trend, for execution of kidnapping and bombing attacks using a variety of operational methods, focusing at the energy facilities (oil and gas). In addition to the repeating damages to the oil pipelines, also the ships used by the maritime oil production facilities and oil rigs placed opposite the Delta are a prominent target for terror acts.

Since January 2007 till June 2012 there were no less than 79 terror acts and bombing attempts at the Sahel arena only. Nigeria is the greatest oil producer at the African continent, and it is also a model for a security problem and the high level of threats against the energy facilities located in the country.

But the main problem is not just the deteriorating security in Nigeria, but the absence of stability in Western Africa in general. Africa serves at the recent years as a safe haven and operation base for activists who were trained in fighting at the tribal areas in Pakistan. As a result of the massive pressure on Al Qaeda in Afganistan-Pakistan, the substantial threats are not coming anymore from the “original” Al Qaeda, but from organizations identified with Al Qaeda and in particular the ones operating in Africa, such as the Islamic Maghreb Al Qaeda (AQIM),  El Shabaab in Somalia and the Nigerian organization El Bioko Haram, who have become a real threat at the African continent in general and at the Sahel area in particular. The “production line” for the continent`s terror factors at the continent has been focused recently in Mali, that has become a “safe haven” for terror activists, and it was not by chance that the French government decided on the Seval operation, aiming to  crack down on the Al Qaeda nests in the country.

No country has felt the impact of the fall of Gadafi regime more substantially than Mali, which experienced already in the past lack of stability, coups d’état acts, revolts of the Tuareg  population and the influences of terror and crime organizations. But during the recent year Mali experienced all the problems simultaneously.

Part II: Focusing of the threat on oil and gas sector at the Sahel area

The author is a former Head of Division at the ISA, and at present Senior Vice President of the MAYDEX AG specializing in energy infrastructure security planning and a Senior Lecturer in the School of Security and Emergency Management at the Wingate Academic College.