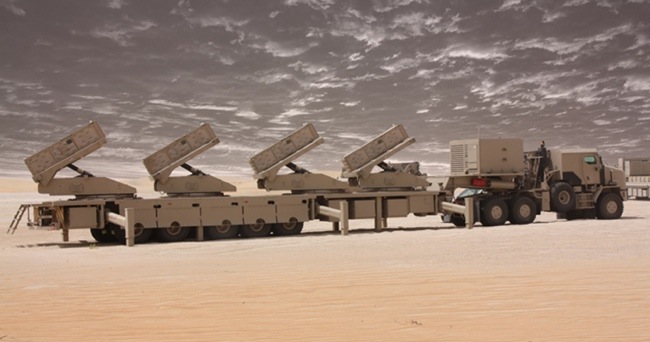 The MCL is A 10 wheel semitrailer mounting four power-operated rocket launchers, each carrying 60 x122mm rockets in three blocks of 20 rockets each. The system can fire Roketsan 122mm TR-122 rockets fitted with a high explosive (HE) warhead activated by a point detonating fuze or Roketsan TRB-122 rockets fitted with HE steel ball warhead activated by a proximity fuze. The maximum range is being quoted as 40km, with a minimum range of 16km.

The semi-trailer is equipped with an auxiliary power unit allowing more autonomy for the weapon system. 10 stabilizers extracted before firing are used to level the platform. A global positioning/inertial navigation system and computerized fire control system are used for position location and increased accuracy. The operator can select firing a single pod, a number of pods, or fire the full load of 240 rockets in under two minutes. Each launcher cradle is also provided with an independent inertial reference unit, enabling accurate ballistic setting even under rapid salvo firing.

The platform is towed by an Oshkosh Defense 6×6 Heavy Equipment Transporter (HET). HET is fitted with a protected cab, an air conditioning system and a central tyre inflation system. The entire system is operated by a crew of three: commander, navigator and driver and can be operated in an autonomous mode or integrated in an overall higher-level artillery fire control system.

Once the rockets have been launched, the system would normally redeploy to another position where new pods of rockets would be rapidly loaded using the on-board crane of the dedicated support vehicle. 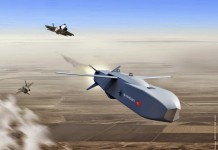 Turkey, US to modify the SOM cruise missile for use with F-35