Piaggio Aero claims its new drone will offer an unmatched combination of range, wide operative speeds, fast climb gradient, high operational ceiling and the capability to carry a variety of payloads, providing end users with a powerful yet flexible defense system that outperforms other MALE Systems.

The unmanned variant is longer tan the Avanti II and is using a modified airframe, longer wings with high aspect ratio, and various installations of mission payloads, satellite links and line-of-site payloads. The Hammerhead is bound to become the largest UAS in Europe.

The design of the P.1HH HammerHead aims to be a unique ISR platform, able to climb up to 45.000 feet, loitering quietly at low speed (135 KTAS) with an endurance of up to 16 flight hours and capable of deploying at very high speed – up to 395 KTAS – to targets. Its capabilities include being able to host several payload combinations and to perform multiple missions: aerial, land, coastal, maritime and offshore security, COMINT/ELINT, electronic warfare as well as other roles.

A larger version is available to members

The drone will support 16 hours mission on station, with a payload weight of 500 lbs. with less fuel, the aircraft will be able to carry 200 pound payloads and fly up to a ceiling of 45,000 ft. The aircraft is developed in partnership between Avatnti and Selex ES was first announced during the IDEX 2013 show in Au Dhabi this year. Since then the first aircraft has performed taxi tests, in preparation for flight testing. 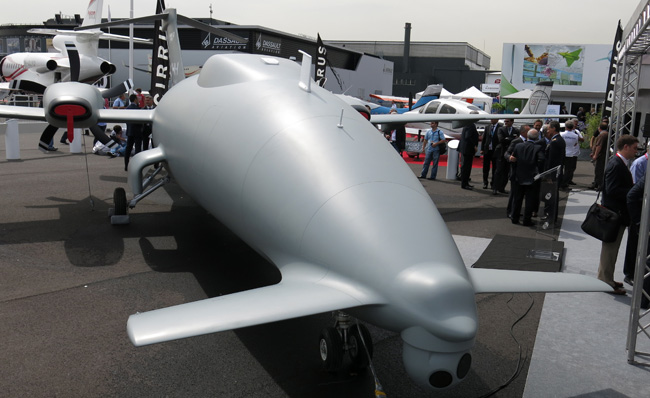 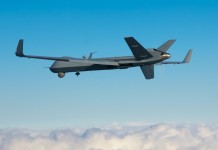 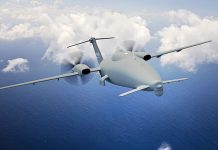