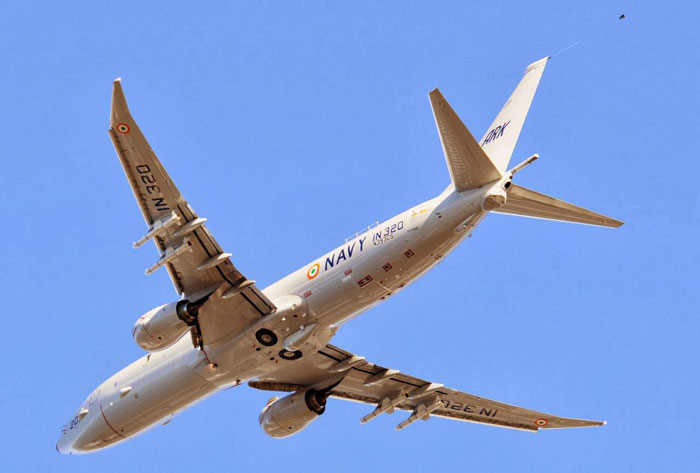 The US Navy P-8A Poseidon, the newest maritime patrol and reconnaissance aircraft completed a test firing of a Harpoon anti-ship missile on June 24, 2013, during a live fire event in California at the Navy’s Point Mugu Sea Test Range and scored a direct hit on a Low Cost Modular Target.

Prior to the live fire the Poseidon completed one practice dry run. The aircraft was flown by  Air Test and Evaluation Squadron (VX) 20. successfully fired a Harpoon AGM-84D Block IC missile from station 10 on the first hot run, which was later confirmed by onsite explosive ordnance disposal personnel.

“As the Navy’s replacement for the P-3 Orion, the P-8A Poseidon will be performing maritime surveillance missions as needed by the operations tempo and the success of this testing evolution brings us one step closer to Initial Operational Capability [IOC] this fall,” said Capt. Scott Dillon, Maritime Patrol and Reconnaissance Program Office (PMA-290) Program Manager. “The test was very successful and the Harpoon directly hitting the target proves the system’s capability and lethality.” The purpose of this test was to validate the weapons hardware and software integration. At the completion of this developmental testing, the P-8A will be ready for Harpoon operational testing to support fleet IOC.

The P-8A Poseidon will replace the P-3C Orion as a long-range anti-submarine warfare (ASW), anti-surface warfare, intelligence, surveillance and reconnaissance aircraft, capable of broad-area, maritime and littoral operations. This valuable addition to naval air forces will protect the sea base and to enhance the Navy’s forward presence. 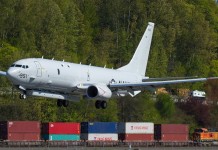 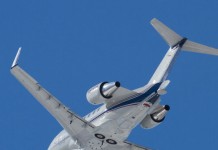