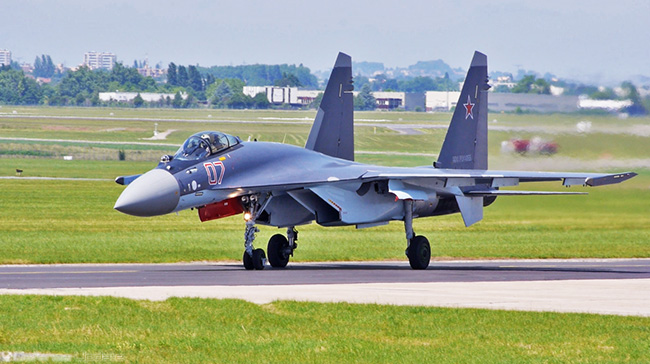 The 50th Paris Airshow presented a great opportunity for aviation professionals, to explore the new trends in the aerospace market. On the military side, the airshow took a lower key, reflecting reduced spending in Europe and the United States. Nevertheless, the Russian impact is growing, demonstrating Moscow’s claim for a leading position in world defense exports. The Su-35 made its international debut here, along with Yak-130.

While struggling with budget crunches, European Air Forces are still considering rapid fielding of combat unmanned aircraft. Among the drones presented here are the stealthy NEURON jet powered drone as well as Israeli and US platforms. Other designs are tailored for maritime operations. The airshow also highlights a wide range of miniature drones, designed for security and special operations.

The versatility and modularity of UAVs was demonstrated here by a growing range of mission payloads, represented by some of the world’s leading manufacturers from the US, France, Italy and Israel.

Guided weapons were also on the agenda, as Air Forces are re-evaluating operational concepts, based on recent operational experience. Trend setters are those offering light weight, longer range and lower collateral damage, as well as achieving high penetration of protected and buried targets.