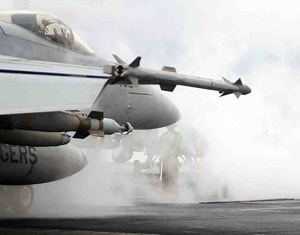 The US Navy is hoping to increase the range of the Raytheon AIM-9X air/air missile by some 60% over current Sidewinder variants. The Navy seek this enhanced capability particularly for the Lockheed Martin F-35 Joint Strike Fighter, the Naval Air Systems Command (NAVAIR) says. The new weapon is scheduled to become operational in 2022.

To achieve the extended range the new AIM-9X Block III will be equipped with a new rocket motor providing increased rocket motor performance and improved missile power management. NAVAIR says. The new weapon will also use an insensitive munitions warhead, providing better safety on board aircraft carriers. The new missile will leverage the current Block II’s guidance unit and electronics-including the missile’s AMRAAM-derived datalink. The F-35 is currently cleared to carry two AIM-9X underwing, along with four AIM-120Ds are carried internally. When fielded, the fighters are likely be carrying Block II missiles internally, which can acquire targets after being launched, (lock On After Launch – LOAL), therefore enabling carrying the missiles inside the weapons bay.

According to NAVAIR, the current Block II AIM-9X already overlaps some of the range capability of the more powerful Raytheon AIM-120D AMRAAM, and this overlap is expected to increase with the future Block III, providing the F-35 pilot the flexibility to employ both radar guided or passive homing missiles in Beyond Visual Rang (BVR) engagments, NAVAIR says. 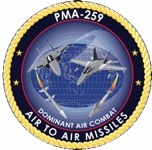 “The need for that added flexibility arises from the proliferation of advanced digital radio frequency memory (DRFM) jammers that many potential adversaries are adding to their fighter fleets.” Dave Majumdar, of FlightGlobal commented. “DRFM jammers have the potential to blind the AMRAAM’s onboard radar, which makes the AIM-9X’s passive imaging infra-red guidance system a useful alternative means to defeat those threats. While a completely new missile would have been ideal, the Pentagon is faced with era of declining budgets and has to take into account the price tag of any new weapon.”

While the Pentagon needs the new Sidewinder to be a supplemental BVR weapon for situations where friendly fighters are faced with electronic attacks that degrade with radar-guided weapons, it will not compromise on the AIM-9X’s close in performance. “The requirement and design call for the same WVR [within visual range]/HOBS [high off-boresight] capabilities as those found in the AIM-9X Block II,” NAVAIR says.

The Block III is currently scheduled to enter into its engineering and manufacturing development phase in 2016, NAVAIR says. Subsequently, it will go into developmental testing in 2018 with operational tests starting in 2020. If all goes well, an initial operational capability date is expected in 2022. “The Block III development schedule follows the increased number of Joint Strike Fighter aircraft entering service,” NAVAIR says.