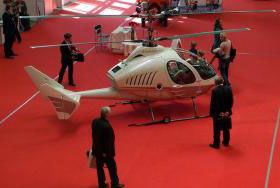 ADCOM, an unmanned systems developer from the UAE is teaming with the Russian helicopter designer Berkut Aero design bureau to turn the Russian designed Berkut VL light helicopter VL into an armed unmanned combat aerial vehicle (UCAV). Adcom Systems representative Karim Badir confirmed to RIA Novosti that the company was considering the Russian chopper as a basis for a new attack drone. According to the Novosti news agency the two companies said they are considering the Berkut VL helicopter as a model for a drone to be stationed aboard naval vessels. Berku VL is a ‘superlight’ two-seat helicopter equipped with a Conver VAZ or Lycoming engine. It has a range of up to 600 kilometers.

The two-seat piston single – which will compete with the Robinson R22 – made its first flight in early 2012 and has logged about 400 flight hours since. Berkut plans to offer their new superlight for around $70,000 per unit (when sold in volumes), about a third of the price of a comparable Robinson 22 chopper.

At the recent MAKS airshow in Moscow Bureau said it is proceeding with the certification of its light coaxial-rotor helicopter, and expect certification by mid-2014.

In July 2013 Russian sources confirmed the Russian military is planning to purchase aerial drones namely unmanned air systems (UAS) in the United Arab Emirates. Sources at ADCOM indicated the Russians were interested in two of the company’s largest platforms, known as United 40 Block 5. 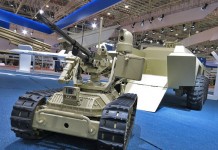