The Norwegian Government selected AgustaWestland Ltd. for the delivery of up to 22 new AW-10 search and rescue helicopters to replace the current Sea King. “AgustaWestland AW 101 is the candidate that in total, after intensive negotiations, best meets the demands for Norway’s future SAR helicopter.” the Ministry of Justice and Public Security said in its announcement. “The new helicopters will be able to relieve significantly more people in distress, be noticeably faster and with longer range than today – under virtually all weather conditions. Additionally, search capability and the possibility for medical treatment are significantly improved.” Norway and Iceland have an agreement to jointly buy SAR helicopters due to the very similar operating requirements. Iceland is currently operating three Eurocopter Super Puma AS-332L1 helicopters.

AgustaWestland came as the preferred bidder with its AW101, over Eurocopter, offering the EC722. The company will deliver 16 new AW101 helicopters configured for SAR missions, to replace the current Sea King. The Norwegian government has an option for further 6 helicopters. The package also includes related equipment and maintenance. First deliveries are planned for 2017. Norway is planning to phase out the Sea King operations across the country by the end of 2020.

The aim is that the contract following final negotiations will be concluded by the end of the year. The acquisition cost is expected to be more than 2 billion Euros (17 billion Norwegian Krones, or US$2.76 billion)

As a medium/heavy multi-role platform AW101 has a large cabin that can carry 30+ survivors, SAR equipment and crew, and the cabin can be reconfigured in flight to meet mission requirements. crashworthy seats or 16 stretcher patients. The helicopter is powered by three GE CT7-8E engines, but can also cruise with one engine idling, to extend range or endurance of 750 nm (over 1300 km). High cruise speed, all weather operating capability, high reliability and safety are among its main advantages. The company also offers a special variant for Combat Search and Rescue missions, for which the AW101 can be equipped with up to 3 window and door mounted guns, Defensive Aids Suite and air-to-air refueling equipment. 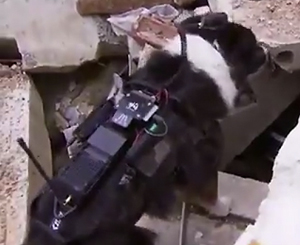