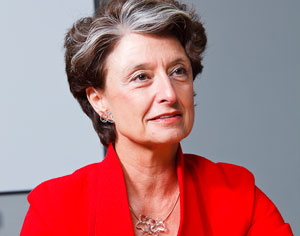 “Heads of State and Government yesterday highlighted the importance of an effective Common Security and Defence Policy (CSDP) for the security of European citizens, peace and stability in our neighbourhood as well as in the broader world.” Chief Executive of the European Defence Agency Claude-France Arnould commented after the Council’s conclusions on CSDP yesterday in Brussels.

The council also underlined that Europe needs strong military capabilities and a healthy, innovative and competitive European Defence Technological and Industrial Base. The tasking by Heads of State and Government stemming from the EU Summit for the European Defence Agency are substantive. “In terms of capability development, we will push forward four key programmes: Remotely Piloted Aircraft Systems (RPAS), Air-to-Air Refuelling, Satellite Communications and Cyber.” Arnould added.

The Council supports a more systematic and long-term approach to cooperation through increased transparency and information-sharing in defence planning. “In this context, we will continue to assess progress on the implementation of the Agency’s Code of Conduct on Pooling & Sharing and propose an appropriate policy framework by the end of 2014, as mandated by the European Council.” Arnould said. As such deliberation would be too lengthy for some of EU members, Arnould added that within the same timeframe the Agency will also propose ways in which Member States can cooperate more effectively and efficiently in pooled procurement projects.

Strengthening of Europe’s defence industry facing military reduction and financial constraints was another concern of the council. “EDA will closely work together with the European Commission to develop proposals to stimulate further dual use research, to develop defence industrial standards and a roadmap for a comprehensive EU-wide Security of Supply regime” Arnould commented.

“This year was marked by intensive preparations for this EU Summit, which gave a fresh boost to European defence matters.” Arnould concluded, “It is especially important that this new dynamic in defence and security is maintained and developed. EDA will strive to ensure that further concrete and substantive deliverables are achieved when the European Council next assesses progress in June 2015.” 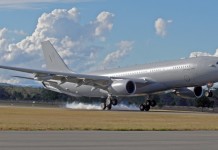 Korea Selects A330 MRTT for its Future Aerial Tanker