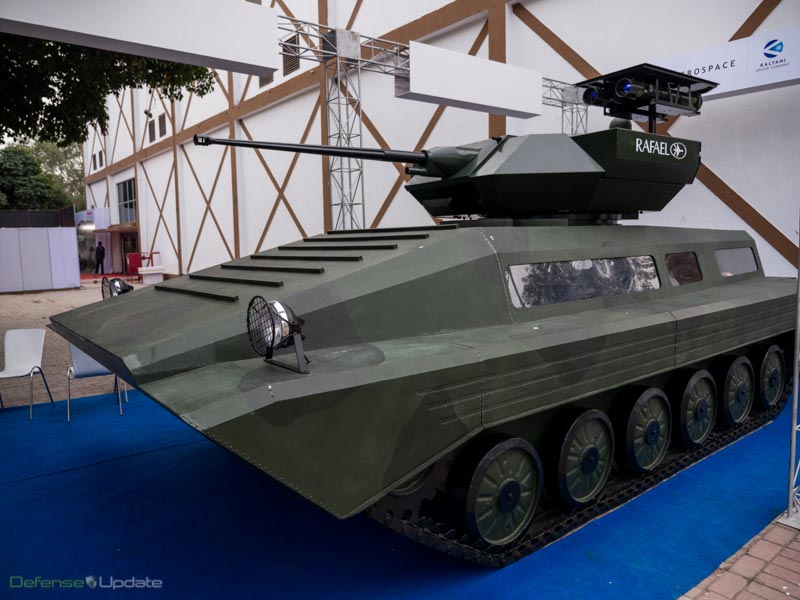 The Pune based engineering technology focused Kalyani Group is intensifying its efforts in addressing the requirements of Indian defence sector. The company is expanding its legacy operations in metal forging and processing, entering defence, aerospace and nuclear areas of activity.

In the past 3 years, the Kalyani Group has invested sizeable resources to develop a wide range of products and technological capabilities to manufacture various critical items of defence systems, equipment and components. This move is part of a new strategy to help and contribute towards indigenization efforts of the Indian Defense sector, reduce the country’s dependence on imports and save precious foreign exchange through large scale indigenization. Chairman of the group Baba N. Kalyani said with a host of artillery products his company wants to become a globally known artillery house. “But for that we would need to the accepted in India as only then will other countries accept us. the Hindo reported.

“Kalyani Group is determined to scale up its contribution to the armed forces and play a vital role in India’s defence sector by providing a range of technology-intensive state of the art weapon systems.” Baba N Kalyani, Chairman of Kalyani Group stated. “We are encouraged by Government of India’s clear intent to ramp up domestic defence capabilities and as a Group, our focus would be to become a major player in the land systems segment.”

Other systems are based on cooperation and joint ventures with foreign companies, that are willing to provide technology and knowhow to establish local manufacturing, support and eventually, self sufficiency for the Indian military.

Kalyani group has recently forged a joint venture with Elbit Systems of Israel for advanced technology manufacturing of modern gun systems & Mine protected vehicles in India. With our partner we are competing in number of important artillery programs and are hopeful of bringing the best to the armed forces. JV will undertake major manufacturing within the country.

The company intends to bid for several opportunities with the Indian Army artillery, including the Mobile Gun System, for which the ATMOS truck mounted howitzer is offered. Other types include the ATHOS self propelled cannon, and towed artillery acquisition plans.

“With our partner we are competing in a number of important artillery programmes and are hopeful of bringing the best to the armed forces. The joint venture will undertake major manufacturing within the country,” he said.

The group has also signed an agreement with SAAB of Sweden to provide Air Defence Solutions. “The partnership with these two major defense companies will strengthen the Kalyani group capabilities within the defence space.” Kalyani added.

Another prospect the company is pursuing is the upgrading of the BMP II armored vehicle used by the Indian army. At Defexpo the company is displaying a full scale model of the new design, employing firepower upgrades based on RAFAEL’s Samson Mk2 remote weapon station. The weapon station has full protection for the weapon system and optronics, and has an opening enabling the crew to reload and operate the gun under armor protection. The new system is much lighter, compared to the original BMP II turret. Since the turret does not penetrate the armor, the new system clears valuable space inside while reducing more than half ton in the vehicle weight.

Another product the company has adopted from an Israeli company is the Raven Light Strike Vehicle. This powerful armored vehicle is based on the Tiger, developed by the Israeli company MDT. As an all-protected vehicle Raven meets STANAG 3 (NIJ IV) ballistic protection, including 0.5Cal. It can also can take add-on armor for increased protection. The vehicle can carry 2.5 tons of payload, including a remote weapon station.