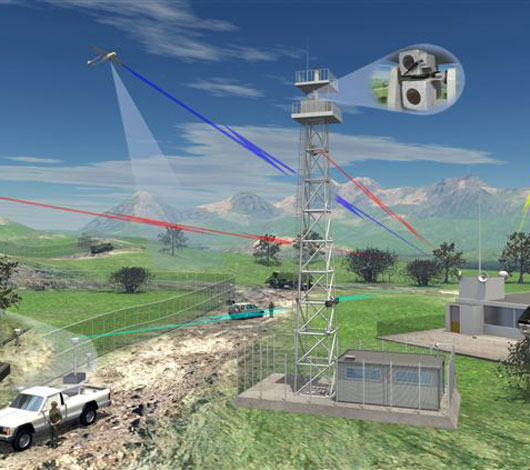 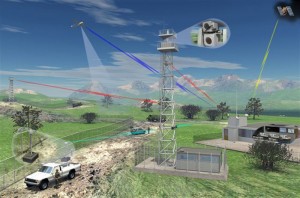 Elbit Fort Worth, (EFW), a subsidiary of Israeli based Elbit Systems Ltd was awarded a long-awaited $145 million contract by the United States Department of Homeland Security Customs and Border Protection (CBP) for the Integrated Fixed Tower project. Through the first phase to span over the current year EFW will deliver a number of ‘Pergerine’ systems for installation on towers at the area of Nogales, Arizona overlooking the Sonoran desert range. Follow-on options could span over five additional border sections in Arizona. The total value of the contract plus support of eight years could add up to $145 million or more, if all options are implemented.

“Arizonans have been waiting more than a decade for the Department of Homeland Security (DHS) to place the needed technology along our border to support the Border Patrol and fully secure our Southern border.” U.S. Senator John McCain.

Elbit Systems has won against some of the largest players in the industry, including Boeing and Lockheed Martin, Raytheon and General Dynamics.

“Arizonans have been waiting more than a decade for the Department of Homeland Security (DHS) to place the needed technology along our border to support the Border Patrol and fully secure our Southern border.” U.S. Senator John McCain (R-AZ) said, “If this technology is developed, integrated and fielded correctly, these Integrated Fixed Towers in Southern Arizona, coupled with the tremendous work of the Border Patrol, will give our agents the ability to detect, evaluate, and respond to all illegal entries crossing our border.” McCain added.

The U.S. bypassed some of its biggest contractors and turned to an Israeli company for help securing its borders. “It is odd to go offshore for this work, but in extraordinary circumstances, one really wants to employ the best,” Bloomberg quoted Mark Amtower, a partner at Amtower & Co., a government contracting consulting firm in Clarksville, Maryland. “A company with a track record of doing this work in Israel is “liable to be much further advanced in this particular arena,” Amtower said.

On its part, Elbit Systems has deployed a number of border protection systems including hundreds of kilometers of the ‘separation line’ border fence and obstacle between Israel and the Palestinian Authority, erected by Israel following the second Palestinian uprising in 2000-2004. The number of terrorist acts against Israelis has dropped dramatically since the establishment of that barrier. The company has also provided key elements securing the Israeli border area with Gaza and Egypt, through the use of ‘multi-sensor surveillance systems’.

The chain of observation towers also known as Integrated Fixed Towers (IFT) was a major element of SBInet, and one the Customs and Border Protection (CBP) has always wanted. The baseline phase of the IFT contract will be part of the CBP 2014 funding for Border Security Fencing Infrastructure and Technology (BSFIT), part of a procurement budget estimated at $77 million.

The IFT is part of a more comprehensive system Elbit Systems has been pitching to the DHS for several years. Such system consists of a layered concept, combining radar and electro-optical sensors, unattended ground sensors, unmanned air systems, and manned or unmanned ground vehicles and unmanned vehicles, enhancing the agents’ flexibility, responsiveness and ability to respond. The integration of all sensors and systems though a common operating picture (COP) provides detailed information for detecting, tracking, identifying, and classifying items of interest; maximizing the efficacy of the mission.