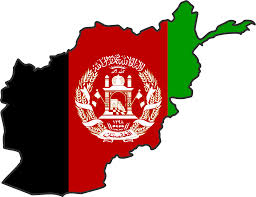 With the political situation in Afghanistan in flux and international forces due to leave the country by the end of the year, the debate in neighboring Pakistan is focusing on prospects for increased cooperation with Afghanistan and Iran. Sharon Behn of the Voice of America reports.

In just eight months the last of the international forces are due to leave Afghanistan, ending a 13 year battle against the Taliban and other militants.

Analysts warn if Kabul’s neighbors do not start to cooperate, competing desires for influence could deteriorate into a bloody proxy war in the country.

Pakistani Senator and Chairman of the Defense Committee Mushahid Hussain Sayed recalls the last proxy war played out in Afghanistan between Pakistan and Iran, which destabilized the region in the 1990s.

“Pakistan and Iran must avoid making the mistakes of the past. We tried to overreach, we had outsized ambitions, the times have changed, there are new realities, in Afghanistan the elections have shown that there is a supremacy of the ballot over the bullet,” he said.

But because of the competing and overlapping interests of the four main regional players — Pakistan, Iran, India and China — as well as the United States, it is unclear if a strong, coherent regional consensus will emerge any time soon.

Rifaat Hussain, a professor of public policy at the National University of Sciences and Technology, is not optimistic.

“That you are a contiguous state, you want to implement non-interference, non-intervention doctrines, but the developments inside Afghanistan, particularly the growing influence of your rival powers, does not allow you to exercise that option. So non-interference is not a viable option in my judgment,” said Hussain.

But regional dynamics are changing. A lot will depend on the strategic decisions taken by the new political leadership in Iran, Pakistan, China and after the ongoing elections in India and Afghanistan.

There are questions as to what extent traditional rivals Pakistan and India, and Iran and the United States, will be able to overcome past animosities and mistrust.

Islamabad is also seen by Kabul as siding with the Afghan Taliban in order to keep a hand in Afghanistan’s political direction.

But Sherry Rehman, Pakistan’s former ambassador to Washington, says there is a strategic shift underway in Pakistan’s policy towards Kabul, away from dominance and towards cooperation.

“If we want to look at policy through a new lens, as opposed to the old ball-and-chain of strategic depth, then we will look at no favorites,” said Rehman.

But in an example of persisting friction between Islamabad and Kabul, Afghanistan’s cultural attaché to Islamabad, Zardasht Shams questioned Rehman’s position.

Future peace will also depend heavily on the political acumen and political deal-making ability of Afghanistan’s next president. Partial results from the April 5 elections point to a runoff between the two leading candidates: former World Bank official Ashraf Ghani, and former foreign minister Abdullah Abdullah.