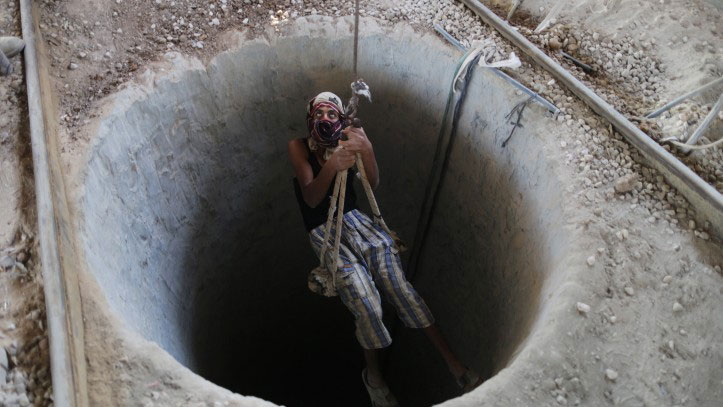 Tension along the Israel-Gaza border has mounted in recent days, after a series of attacks from the Gaza Strip, On Sunday April 20th an IED was activated against Israel Defense Forces (IDF) soldiers patrolling the security fence along the southern Gaza Strip. 12 hours later; on 07:15 Monday, Palestinian militants fired a Rocket Propelled Grenade (RPG) at an IDF patrol along the security fence in the same area. No damage or injuries were caused.

Palestinians from Gaza launched nine rockets from Gaza, One of the rockets caused damage to civilian infrastructure in the town of Sderot. Since the beginning of 2014, one hundred rockets were fired from Gaza into southern Israel.

The escalation comes after a month of tension since the last round of violence, which followed the apparent collapse of US mediated ‘peace talks’ between Israel and the Palestinian Authority and capturing of Gaza bound weapons shipments sent from Iran. By mid-March the Palestinians in Gaza have launched rocket salvos at Israeli cities Ashkelon and Ashdod, on which Israel responded with air strikes that managed to contain the situation.

Earlier this month the IDF uncovered a large ‘assault tunnel’ dug by the Palestinians. The main tunnel was built with splitting sub-tunnels to enable flexible planning of attacks, particularly for the abduction of Israelis (as was the case of the abduction of Gilad Shalit in 2006). These formations also offer more escape opportunities, when and if such facilities are compromised.

In recent weeks individual terror activities by Palestinians in the West Bank have also increased in numbers and severity, taking the lives of several Israelis and Palestinians. On the West Bank front the Israeli response was milder, pressured not to aggravate the sensitive situation resulting from the peace negotiations deadlock.