Home Exhibitions & Conferences Counter-IED techniques to be demonstrated at the Counter Terror Expo in London... 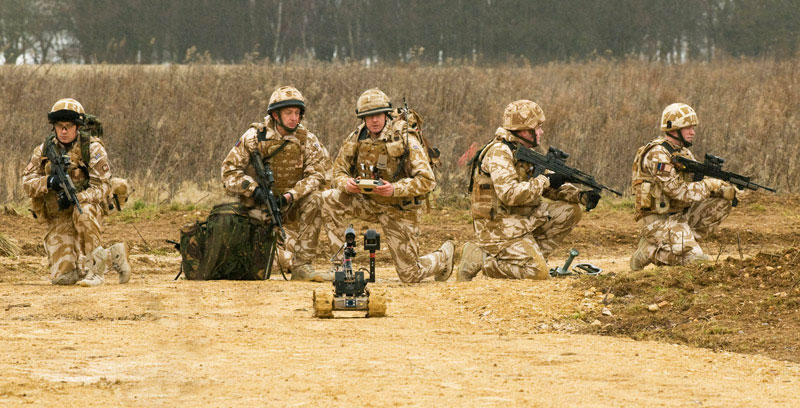 On the battlefield, in the public transport arena and within the urban environment, the threat from Improvised Explosive Devices (IEDs) remains potent. Advanced threat detection methods, threat handling techniques and threat containment solutions are helping to mitigate the danger inherent in safe IED detection and disposal.

“Operational forces are so busy dealing with current operations that planning for the future and looking at all the new technology and our adversaries’ TTP (tactics, techniques and procedures) ends up too low a priority,” says Bob Shaw, a director at Optimal Risk, acting as lead organiser of the C-IED Demonstration Zone at the upcoming Counter Terror Expo taking place this week in London, UK. With the nature of the threat evolving all the time, Counter Terror Expo 2014 will this year incorporate a C-IED Demonstration Zone dedicated to showcasing the latest developments from some of the leading companies working in this critical area. Just how critical was confirmed only recently by news reports that the republican terror alliance known as the new IRA has claimed responsibility, using a codeword confirmed by Scotland Yard, for a series of some seven separate parcel bombs sent to military careers offices across England.

As part of his role within the C-IED Zone, Bob will be providing a live commentary on six different scenarios that will be enacted over the course of the two days of the show. Covering the full spectrum of IED threats in all parts of the world, the scenarios will feature some of the latest equipment available.

Examples of the operations that will be featured in the scenarios include:

Clearing landmines – important not only from a humanitarian point of view but because mines can be recycled by terrorists. Mines contain high grade military explosives, so IEDS made from them are particularly destructive and can fragment and penetrate armoured vehicles.

Conventional ordnance disposal – for example, anything dropped from a plane. The technology and equipment required for more traditional bombs, like those used in WWII are still required, as you never know when a bomb might be constructed out of old equipment, using old techniques, by an organisation operating with limited funds.

High Risk Search – This involves a Royal Engineer search team, in conjunction with an IEDD operator, isolating an area – possibly whilst under enemy fire – to allow for the detection of IEDs. Using metal detectors that also have ground penetrating radar to detect changes in the soil, the searches can be done more accurately, avoiding the previous false alarms caused by seeding (where alarms are triggered by deliberately placed scrap metal decoys).

Heavy IEDD Team – dealing with a Vehicle Born IED, where the car itself is the device, designed to attack major infrastructure, often in crowded market places, and possibly deployed in a suicide mission.

Post Room – demonstrating the equipment used for dealing with a postal device, including the personal protection equipment used by an IEDD operator and the small disrupters designed for selective disruption, to minimise damage and maximise forensic exploitation of the device.

Bomb Making Factories – highlighting the role of an Assault IEDD team entering an environment where terrorists are making producing IEDs (most likely to be in a domestic setting) and disposing of the devices whilst possibly finding themselves under armed attack.

Among the organisations exhibiting their products and services within the C-IED Demonstration Zone will be Microdrones, a manufacturer of multirotor Unmanned Aerial Systems, Sentinor (formerly Becatech Systems) who specialise in tactical intrusion prevention and the securing of fixed infrastructure, Tactical Electronics demonstrating tactical camera systems and EOD equipment.

defense-Update will attend the event and report live from the show.

The C-IED Demonstration Zone is part of the free to attend exhibition. Visitors can register for their free exhibition pass at www.counterterrorexpo.com/register.