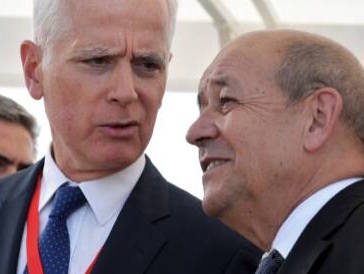 The two companies, both leading European providers of land defence systems, intend to share their future road ahead. The official announcement did not mention how the unified group will retain the existing portfolio of the two companies, although there is significant redundancy between the two, especially in the area of wheeled armored vehicles. Existing cooperations with other groups, including the German Rheinmetall, Italian Iveco and Swedish-French Volvo may also need revisit. “The two companies’ product portfolios and their regional presence in the world market complement each other almost without any overlap,” the two sides said in a joint statement.

KMW, Nexter and their owners view this step as decisive for the consolidation of the defence technology industry in Europe. Their new strategic alignment makes it possible to retain jobs and skills in the heart of the European Union. The product portfolios of the two companies and their regional presences on the world market complement each other. The planned conglomerate currently employs 6,000 employees, has a current annual turnover nearing 2 billion euro, and an order book of around 6.5 billion euro.

On 01. July 2014 in Paris, the owners of the French and German companies have signed a Heads of Agreement to this effect. The alliance of the two groups under the umbrella of a joint holding company creates a Franco-German defence technology group.

The alliance of KMW and Nexter creates a group with the momentum and innovative force required to succeed and prosper in international competition. In addition, it offers to its European and NATO customers the opportunity of increased standardisation and interoperability for their defence equipment, with a dependable industrial base.

The governance of the holding company will take into account the balance between the two shareholders, who will be reference investors in the new combined group with a long term industrial perspective.

The target date for the alliance is the second quarter of 2015. In the meantime, the two future partners will both be subject to a process of due diligence. The alliance project will be subject to legal and customary regulation approvals.