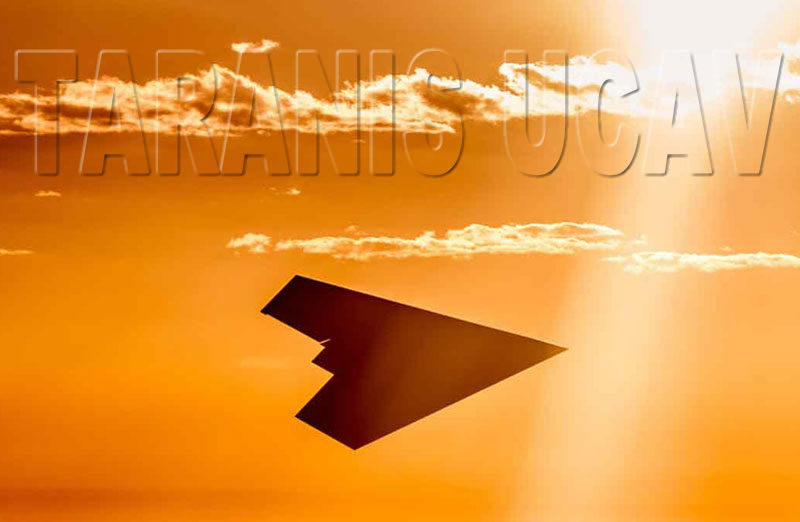 In order to achieve an unprecedented level of stealth, the team changed all antennas on the aircraft to signature control variants and the air data boom on the nose of Taranis was removed. Following these modifications Taranis used a specially-designed system which allowed the aircraft to generate a full set of flight data, without the use of an external probe or boom. Taranis also used a cutting edge communications system to ensure it was able to stay in touch with its mission commander without giving away its position to the enemy.

Another aspect of the Taranis stealth are the engine modifications. According to Conrad Banks, Rolls-Royce Chief Engineer – Research and Technology, Defence, the Adour Mk951 jet engine propelling the Taranis is fully embedded and ‘hidden’ inside the fuselage, with infrared signature suppressed through the specially designed exhaust system.

BAE, (as part of the Eurofighter consortium) and Dassault and the manufacturers of the latest generation of manned fighter jets – Typhoon and Rafale – are currently competing fiercely on export markets. The two groups could turn out to be partners, in the next generation unmanned fighter jet expected to replace the Rafale and Typhoon in 15-20 years

Earlier this month at the Farnborough Airshow the defense ministers of Britain and France have signed the The Future Combat Air System (FCAS) agreement announced in January 2014. The agreement embarks on a two-year co-operative feasibility study for an unmanned combat air vehicle (UCAV) at an estimated cost of  150 million Euros ($180 million).

Six industry partners will take part in the program, BAE Systems and Dassault Aviation will focus on the airframes, based on preliminary studies conducted in the past, Rolls-Royce and Snecma (Safran) will share work on the powerplants and Selex ES and Thales acting as multifunction sensor suits, communications and avionics developers. Work is due to start this Fall.

The development provides a roadmap for future UCAS technology maturation in France and the UK, providing the funding and directions for industry groups in the two countries to develop the technologies to address future requirements. with will benefit from previous experience gained in the UK and France, on the Taranis and Neuron UCAV demonstrator programs. Since the nEUROn project also involves Swedish, Swiss and Greece, there is a chance that other countries will join the FCAS program in the future.