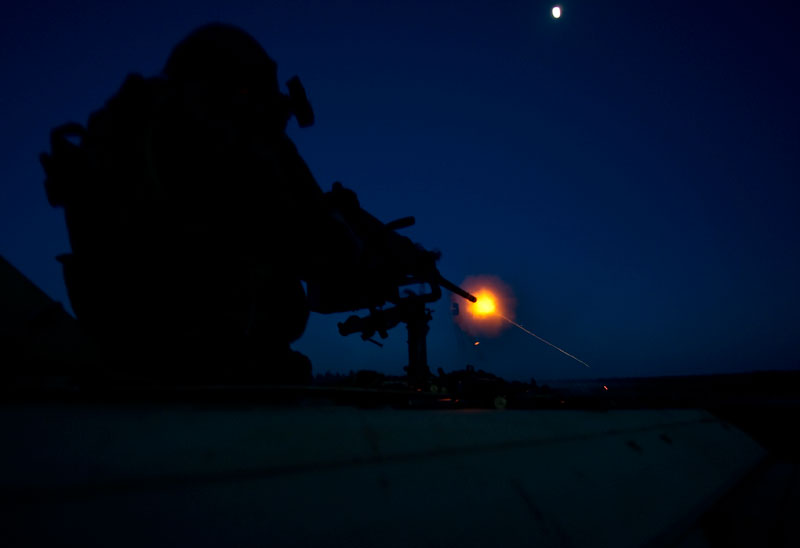 Engineers at Picatinny Arsenal are researching a way to develop a tracer round that will be visible to the shooter in daylight and night time but would remain invisible to the enemy at night.

Tracer rounds, which are usually loaded as every fifth round in machine gun belts, provide essential information to Soldiers firing at an enemy target by creating a line-of-sight that allows them to track the trajectory of their bullets and adjust their aim. However, the pyrotechnic streak they emit also gives away the shooter’s location by allowing the enemy to follow the line of pyrotechnic back to the shooter.

The ultimate goal is to replace the tracer rounds with the OWL rounds and, potentially, put OWL on the back of every ball roun

Current tracer projectiles have a longer jacket, in comparison to their ball projectile counterparts, in order to incorporate a cavity that is packed with pyrotechnics. As the bullet flies through the air, the pyrotechnics burn and emit a flame from the back of the round, which allows the enemy to see the shooter’s position. 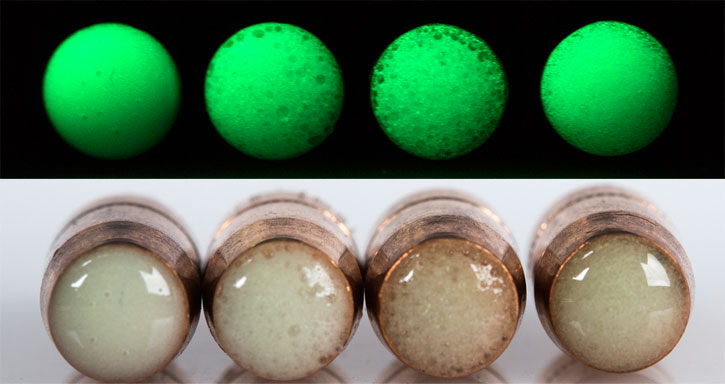 The One-Way Luminescence, (OWL), tracer round being developed by engineers at the Armament Research, Development and Engineering Center (ARDEC), will give only those at the shooter location the ability to see where the round is headed, without revealing their position. This will keep Soldiers safer because their location will not be observable to the enemy.

“OWL is a technology approach that doesn’t allow an enemy target to trace back to who is firing rounds at him, even if the target is using night vision goggles,” said Christel Seitel, Quality Assurance Lead for the OWL program.

ARDEC engineers are experimenting with a variety of potential solutions. With one of the OWL technology concepts, “we’re just putting a thin layer of material on the back of the ball round. So, instead of burning pyrotechnics, our luminescence is like a glow-in-the-dark sticker. You excite it with specific wavelengths of light. The ultimate goal is to replace the tracer rounds with the OWL rounds and, potentially, put OWL on the back of every ball round,” Seitel said.

ARDEC scientists are currently exploring options to achieve this, looking at different coatings and materials to find a solution that satisfies the Army’s requirement to be both a day and night tracer. “Finding something that burns brighter than the sun is difficult,” Seitel said of the technology development goal. “You want to have something that’s bright enough to give you that contrast [with the background].”

OWL is a technology approach that doesn’t allow an enemy target to trace back to who is firing rounds at him, even if the target is using night vision

Because little to no material is ejected from an OWL projectile, finding a technology that meets or exceeds the light output of a current pyrotechnic tracer is extremely challenging. Current pyrotechnic trace rounds lose mass as the pyrotechnics burn, so they don’t completely mimic the trajectory of the ball rounds, which don’t lose mass. Since it is anticipated that OWL will be applied to all ball rounds, effectively making ball rounds trace without the need of a cavity, they will all have the same trajectory. And since the shooter can see the exact trajectory of where their round is heading, they can quickly make adjustments to get on target faster.

The absence of pyrotechnic material makes the OWL manufacturing safer and less sensitive to handle in a production environment. However, there are a few OWL concepts that contain limited amounts of energetic material to try and overcome the sun’s light output. “Currently, the pyrotechnics have a separate wing in manufacturing plants due to safety concerns. But if you can just make your bullets and then paste something on the back, you won’t have the costs of special handling.” Seitel said. 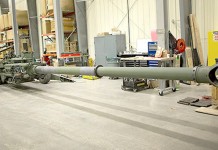 Extended Range Modifications Could Double the Range of Current Howitzers