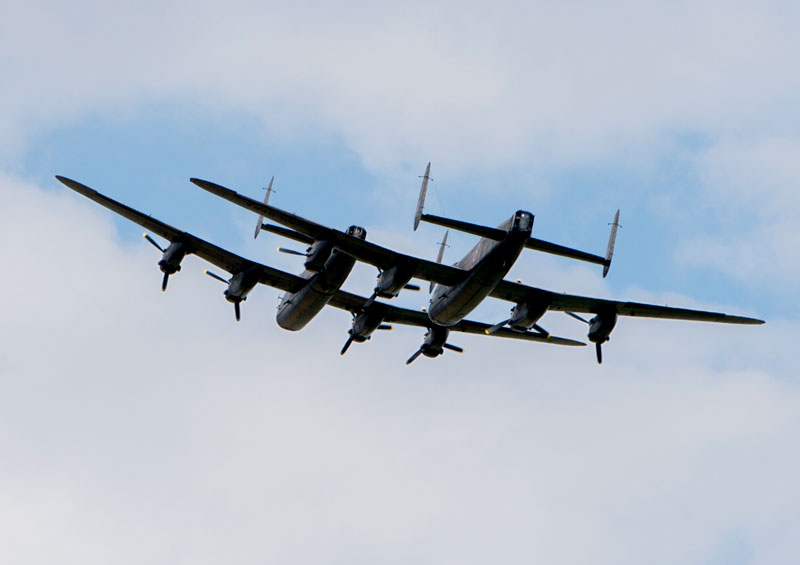 At RAF Coningsby in Lincolnshire two Lancaster Bombers took to the skies today for the first formation flight of this aircraft type since the 1960s. Stay tuned for a video coverage of this historic flight, aired later tonight on Defense-Update.

The two Lancasters will visit some 60 air shows and public events across the UK over the next 5 weeks.

Although 7,377 Lancaster aircraft were produced between 1941 and 1946, only two remain airworthy. One (a Mk 1 nicknamed ‘Thumper’) is maintained by the RAF’s Battle of Britain Memorial Flight (BBMF), and the other is the Mk X, maintained by the Canadian Warplane Heritage Museum (CWHM) in Ontario, the Canadian aircraft is dubbed “Vera” for its markings “V-RA”.

“Thumper” and “Vera” will visit some 60 air shows and public events across the UK over the next 5 weeks. Today’s flying was in rehearsal for tomorrow’s first public engagement at the Bournemouth Air Show this weekend.

Based on ‘Night Bombers’ documentary, this edited video describes a mission flown by Lancaster bombers in WWII.