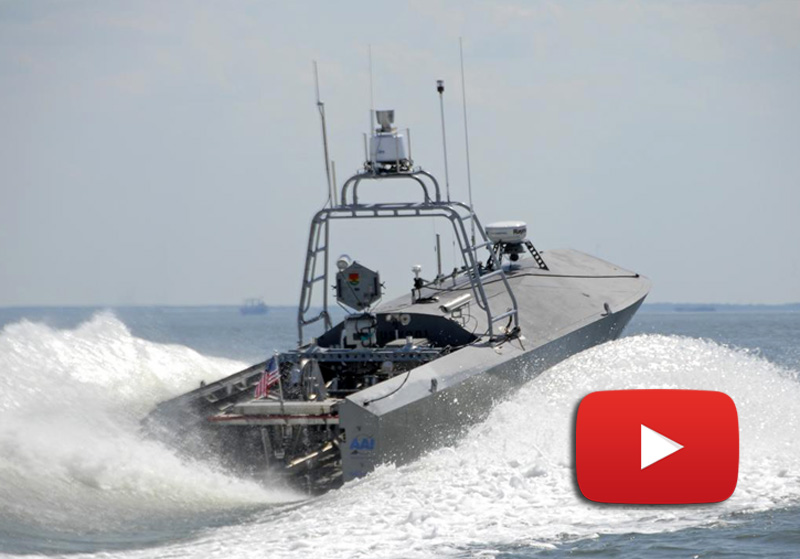 Textron Systems has won a $33.8 million US Navy contract for the production of the Common Unmanned Surface Vessel (CUSV) to be used as the carrier platform for the Unmanned Influence Sweep System (UISS). The unmanned boats will be used as part of the LCS’ Mine Countermeasure (MCM) mission package. The first increment of the MCM package — designed to find and neutralize less complex but more plentiful contact mines — is slated to be tested onboard USS Independence (LCS-2) next year.

Other counter-mine payloads could include side scan sonar and unmanned underwater vehicles (the Sea Fox UUV), operating in concert on two different USVs. Both are depicted in the video below, taken during the Trident Warrior experiment in 2012.

The UISS will be part of the mine countermeasures mission module for the LCS. The mine module is one of three — the others are for surface warfare and anti-submarine warfare.

The UISS will be deployed from the LCS when the vessel enters mine-infested waters. The boats will deploy and tow the countermeasure system which emits acoustic and magnetic signals that would trigger influence mines, deceived by the magnetic and acoustic signals transmitted by the cable, triggering the mines to explode at a safe distance from the protected vessel. While sweeping, the unmanned surface vessel will also be far enough away so that it will not be damaged by a detonating mine.

Currently, minesweeping is a task for manned ships and helicopters like the Avenger-class mine countermeasures ship and the MH-53 helicopter. Following the successful demonstration of the UISS prototype in tests during summer 2011 the the US Navy plans to deploy 52 UISS systems to equip 24 planned countermine modules (each comprised of two USVs), plus six for training and replacements.

The LCS will also receive the MQ-8B Fire Scout vertical takeoff and landing UAV (VTUAV). Several tests have already been done with the MQ-8B on the first littoral combat ship, USS Freedom. The drone is expected to deploy for the first time on board the USS Fort Worth (LCS 3) on its upcoming deployment, fall 2014. 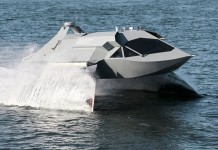